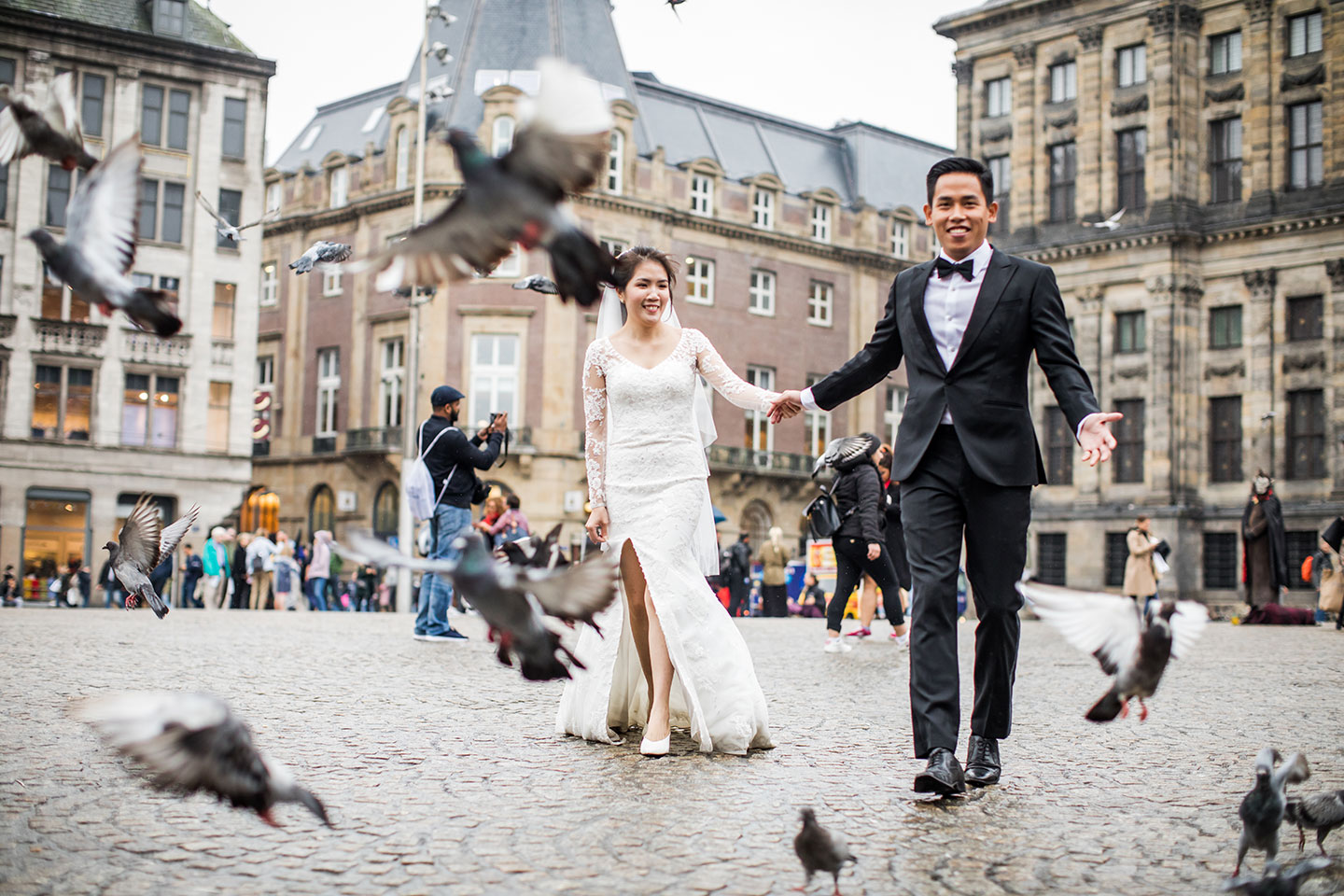 Kita and Don contacted me last year as they were planning to do an overseas prewedding photoshoot in Amsterdam. Being from Singapore, they were very excited to travel to Europe for a fun photoshoot. Since Europe has many great places to offer for a prewedding shoot in places like Paris, Rome, Venice or Prague, Kita and Don decided that Amsterdam was going to be their destination of choice. They had always seen photos online of the iconic Dutch houses from the 15th century, the canals and other landmarks.  So they decided it was time to see it with their own eyes and capture their overseas prewedding photoshoot in this magical European capital.

We started off the photoshoot in the more residential area of the city to really capture Amsterdam life. As Kita was wearing a beautiful white wedding dress and Don looked sharp in his tuxedo, they were the talk of the town. A passing canal tour boat even slowed down and all the tourists were waving at the soon to be married couple.  Both Kita and Don as well as the tourists enjoyed this spur of the moment!

After this moment of fame, we continued to the Dam Square. This square in the middle of the city is a meeting point for many roads in Amsterdam and has the beautiful Royal Palace as a backdrop. Always full of life with people and pigeons, it’s a classic spot that we couldn’t miss during this prewedding shoot.  We then continued to another area of Amsterdam, where the combination of more canals, bridges and a view over the beautiful ‘Old Church’ ensured some picture perfect moments.

As Kita and Don’s overseas prewedding photoshoot in Amsterdam came to an end, it was time to say goodbye to them, wishing them a beautiful wedding in Singapore! As I always say to all my couples, see you at the next photoshoot! 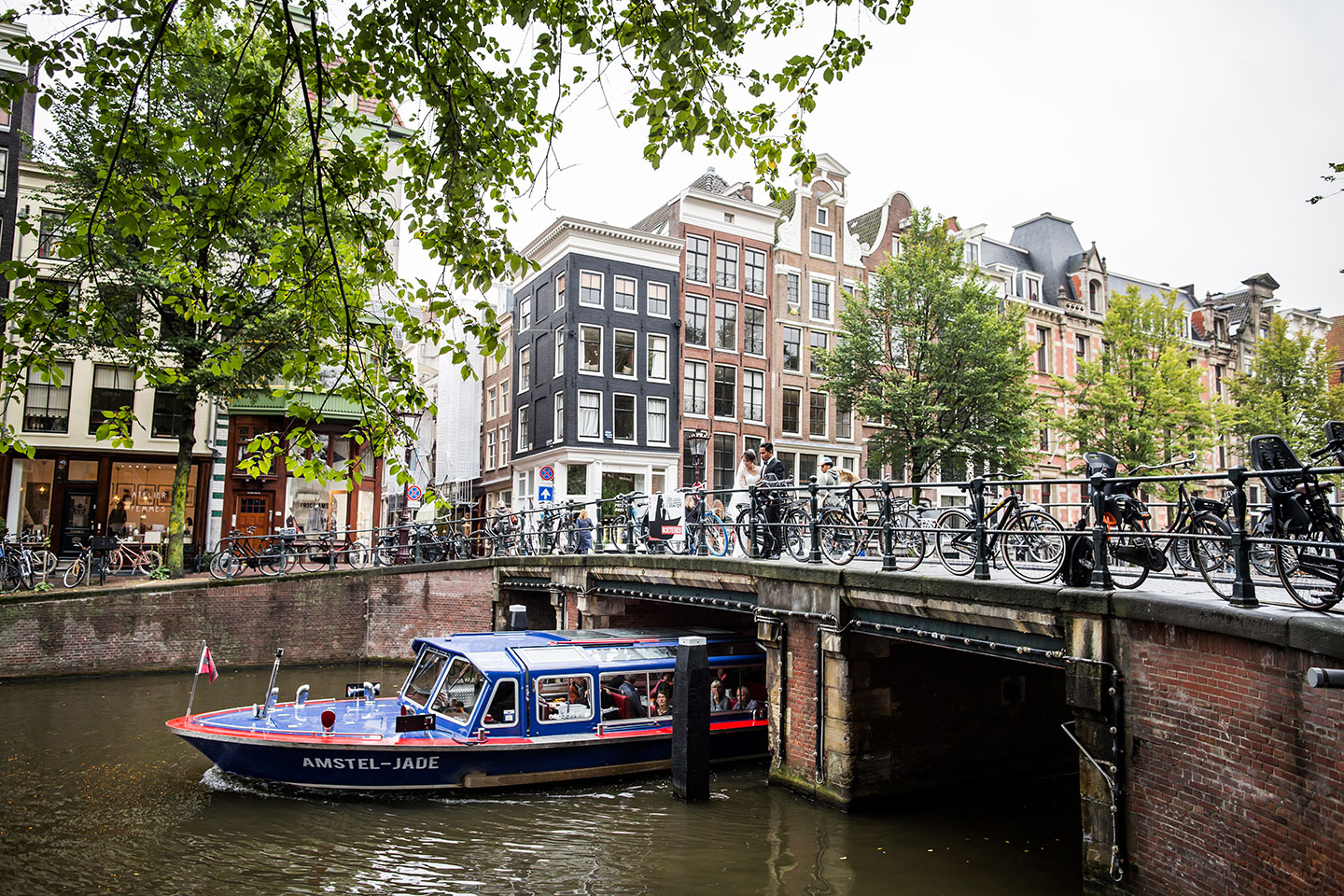 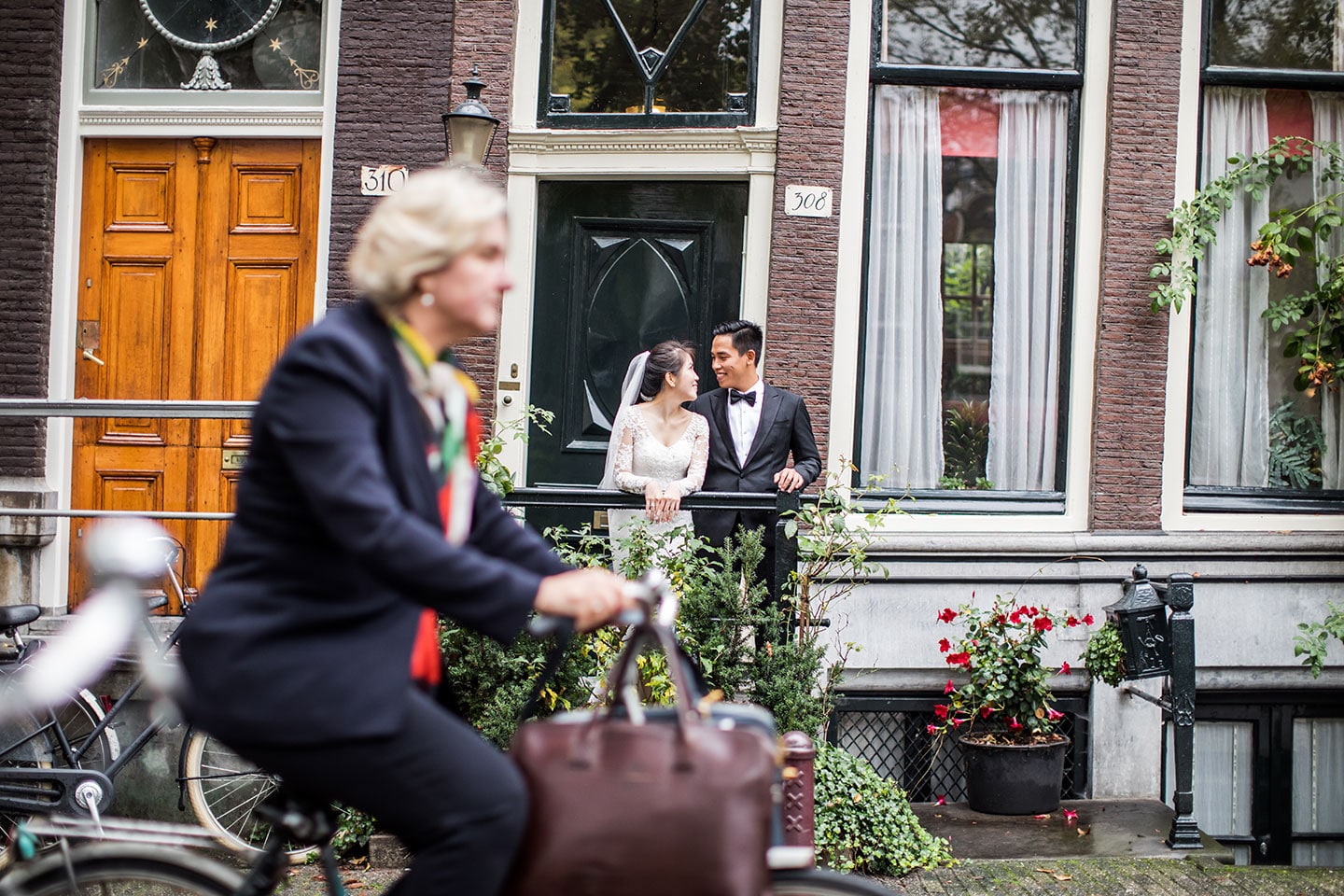 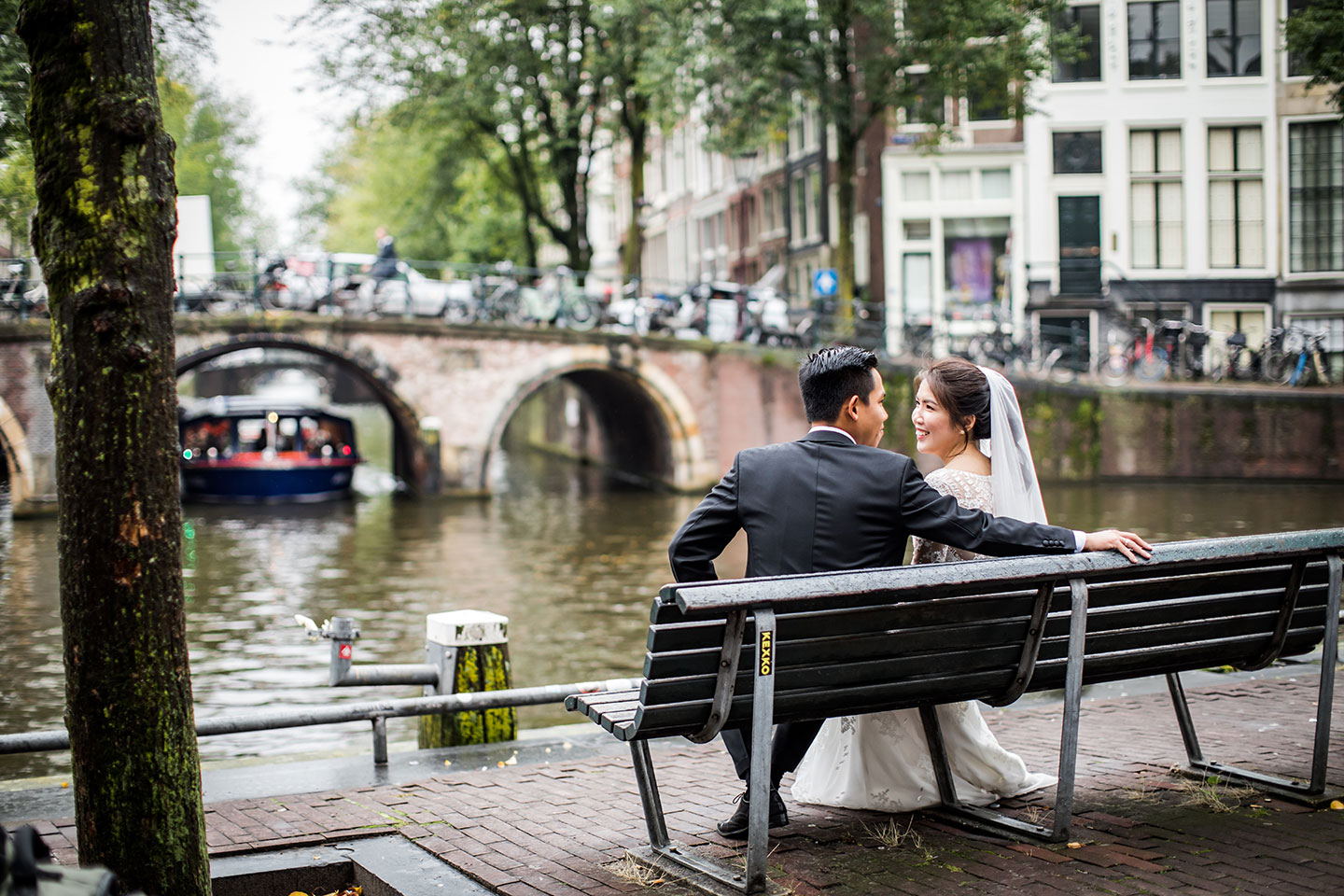 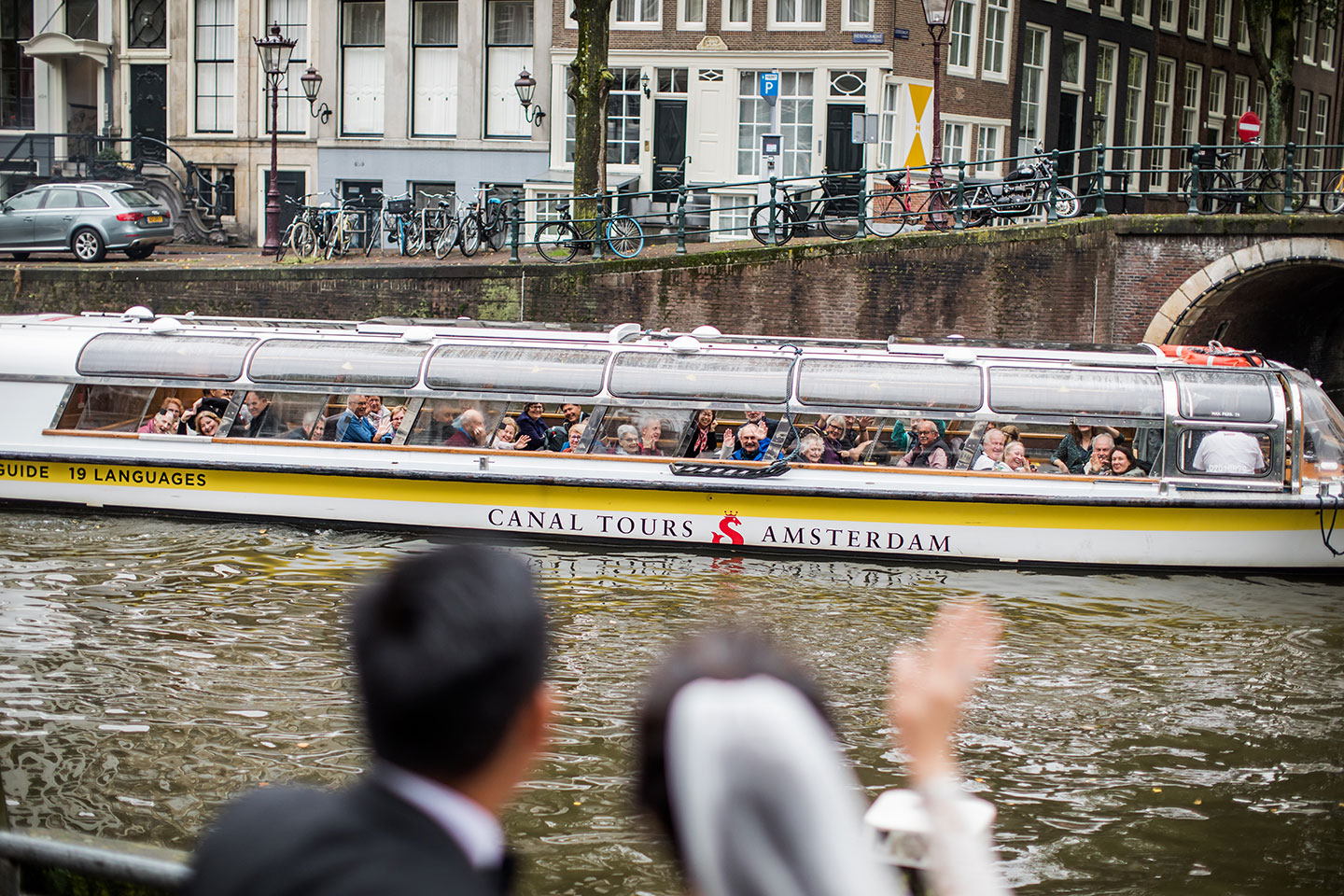 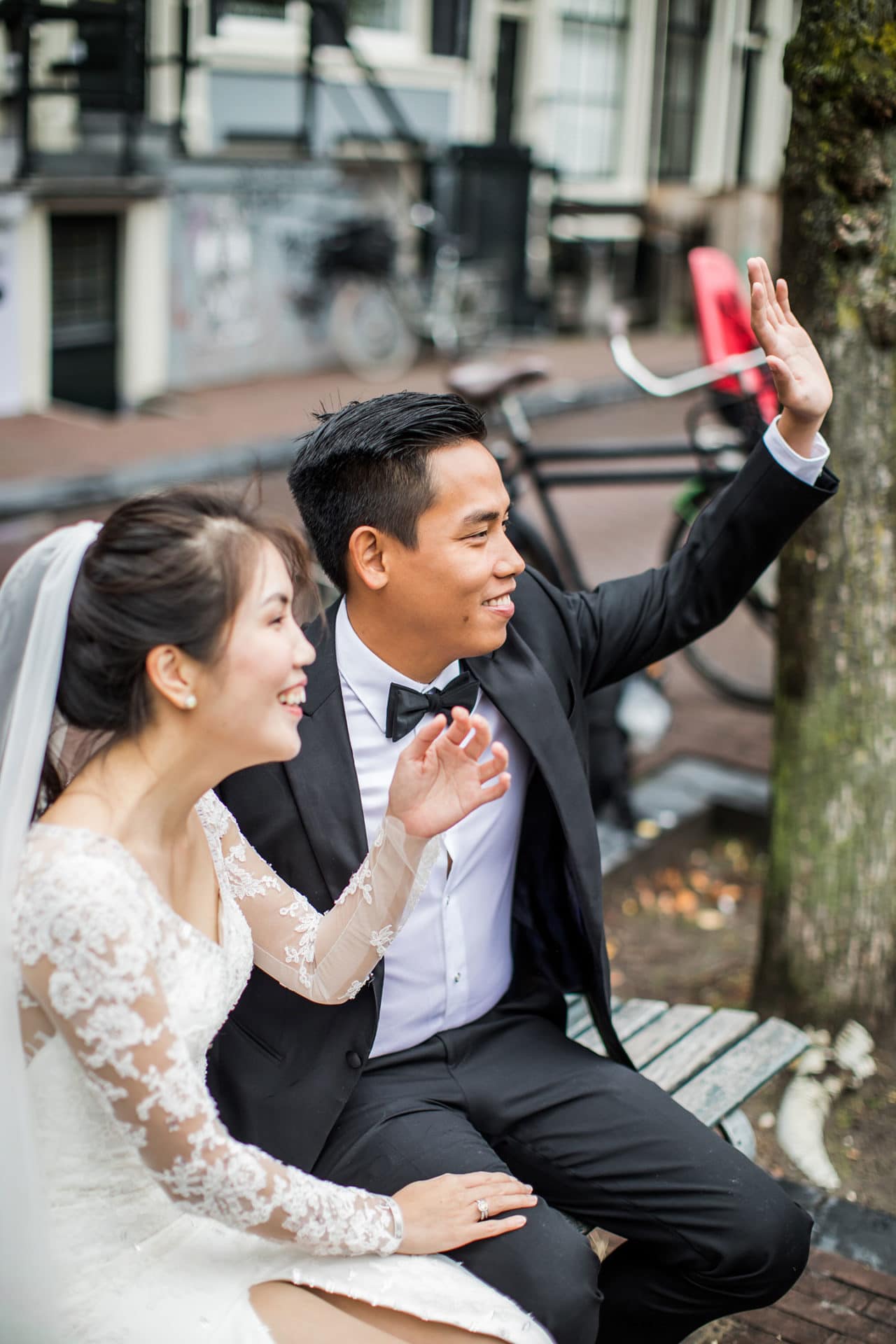 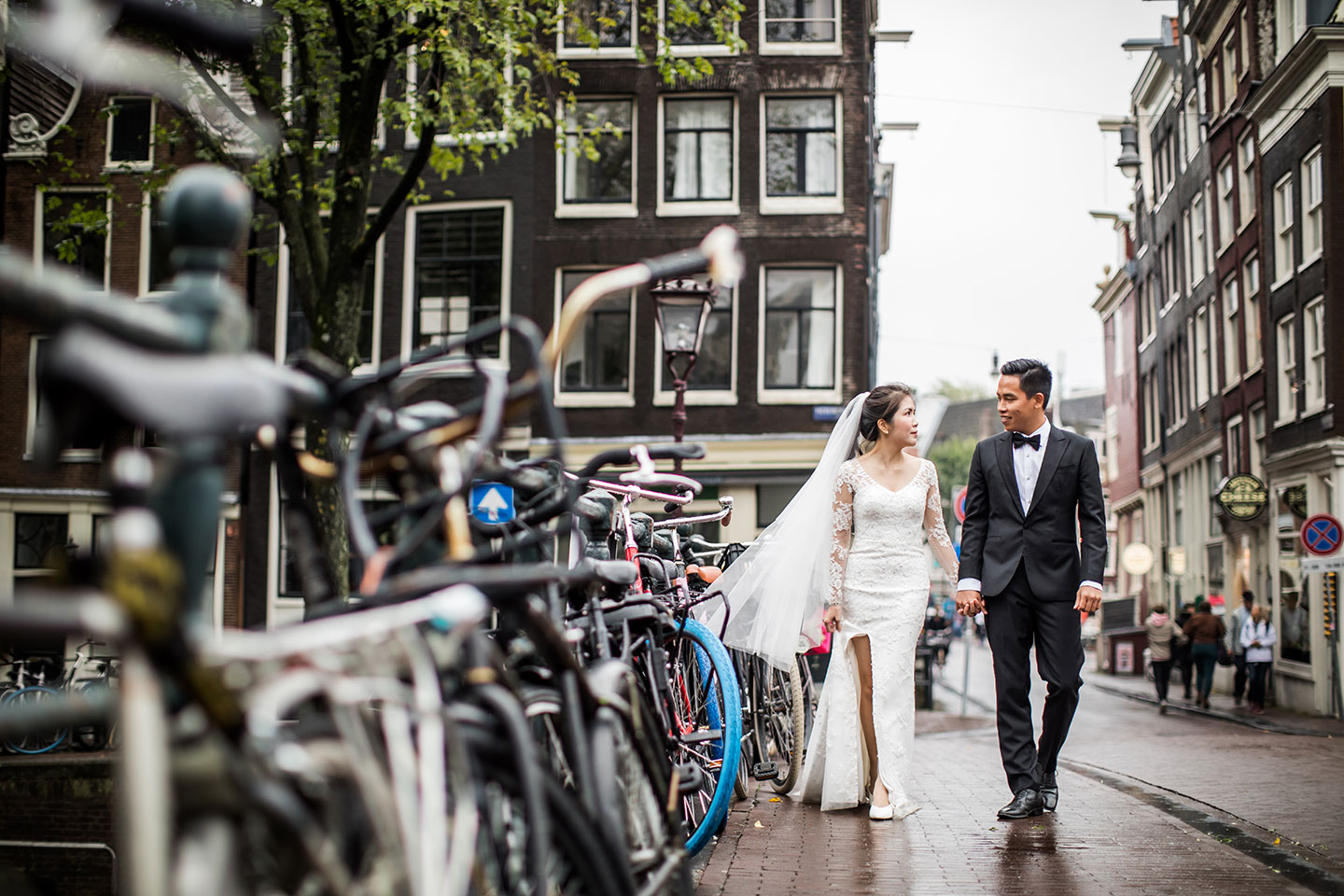 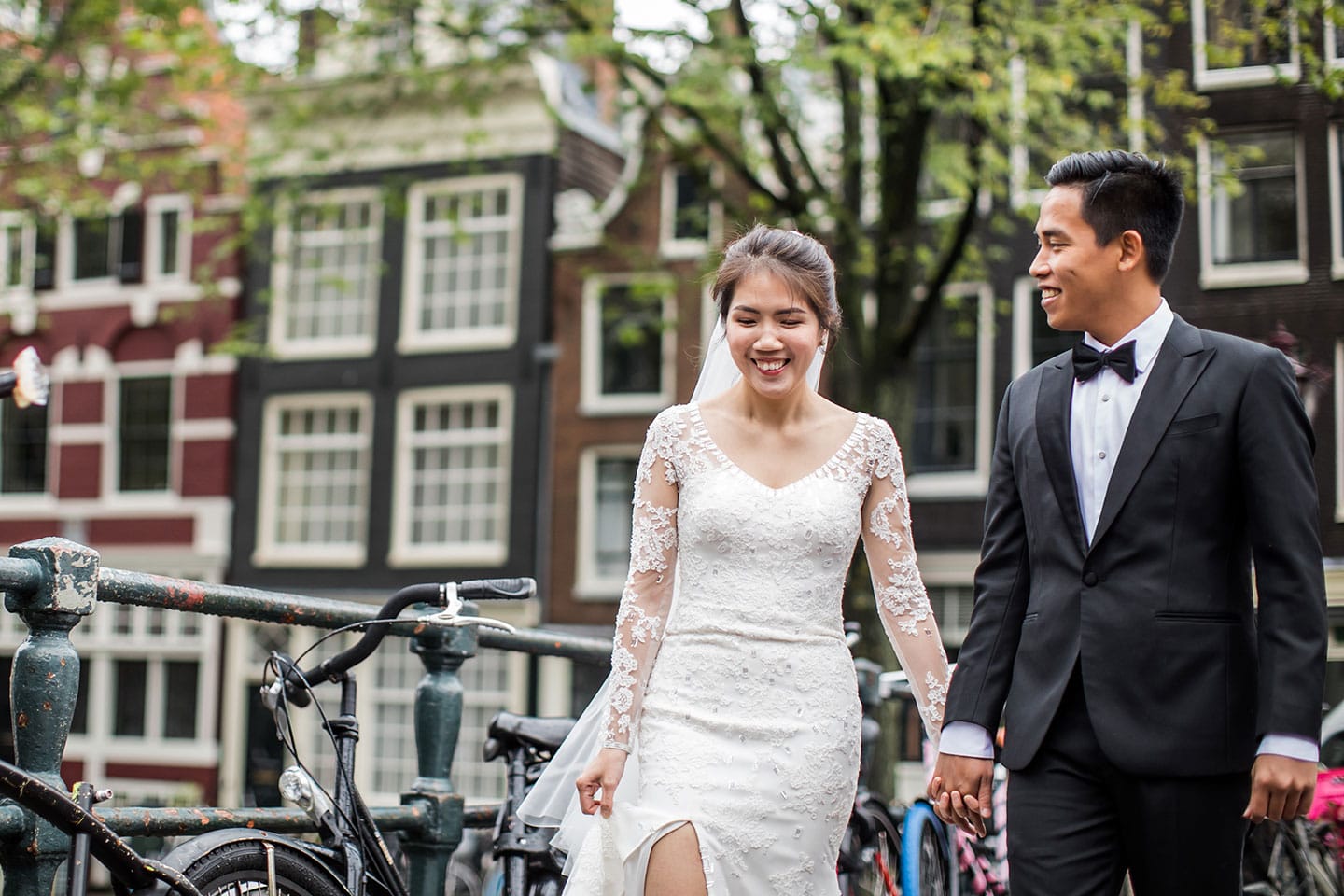 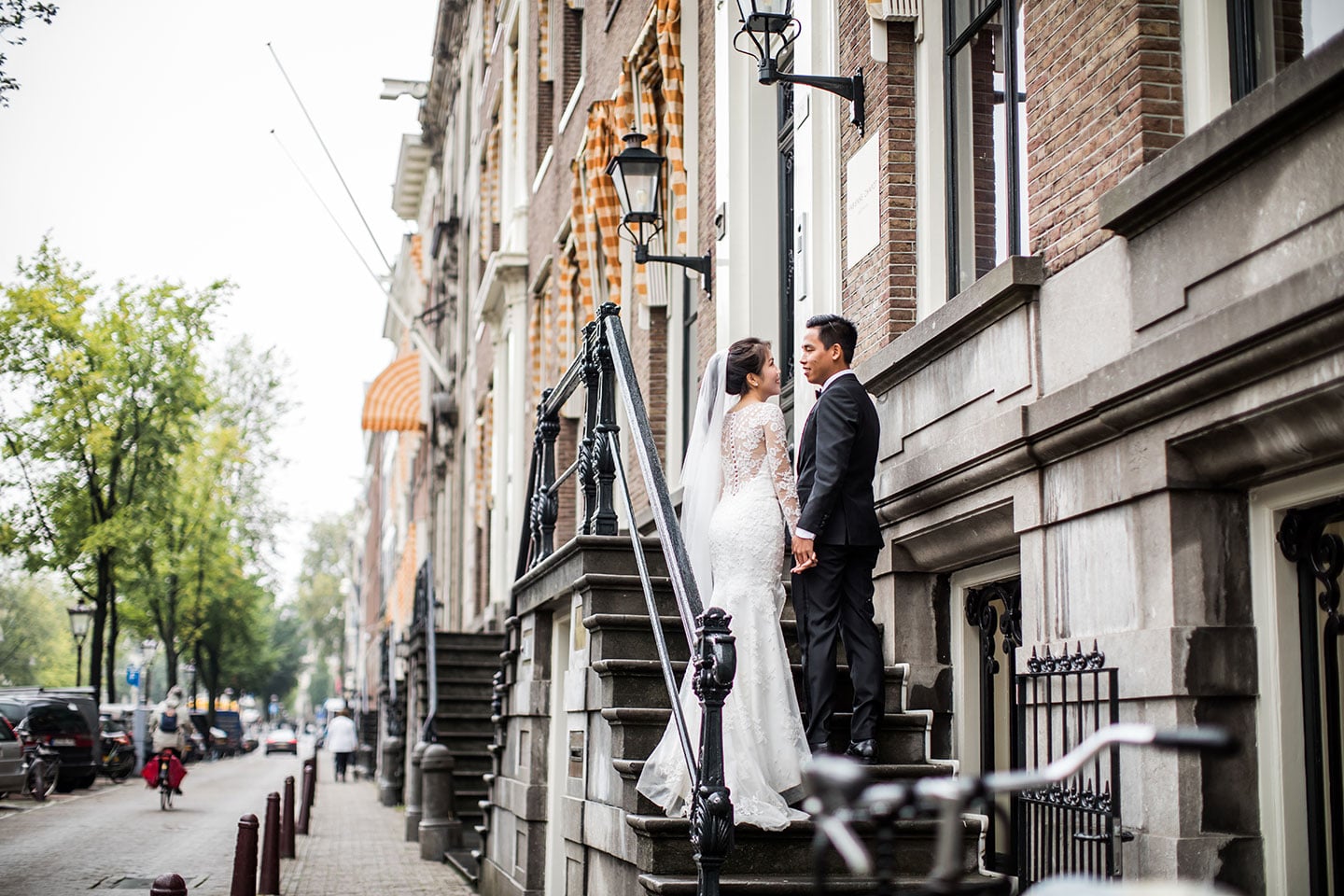 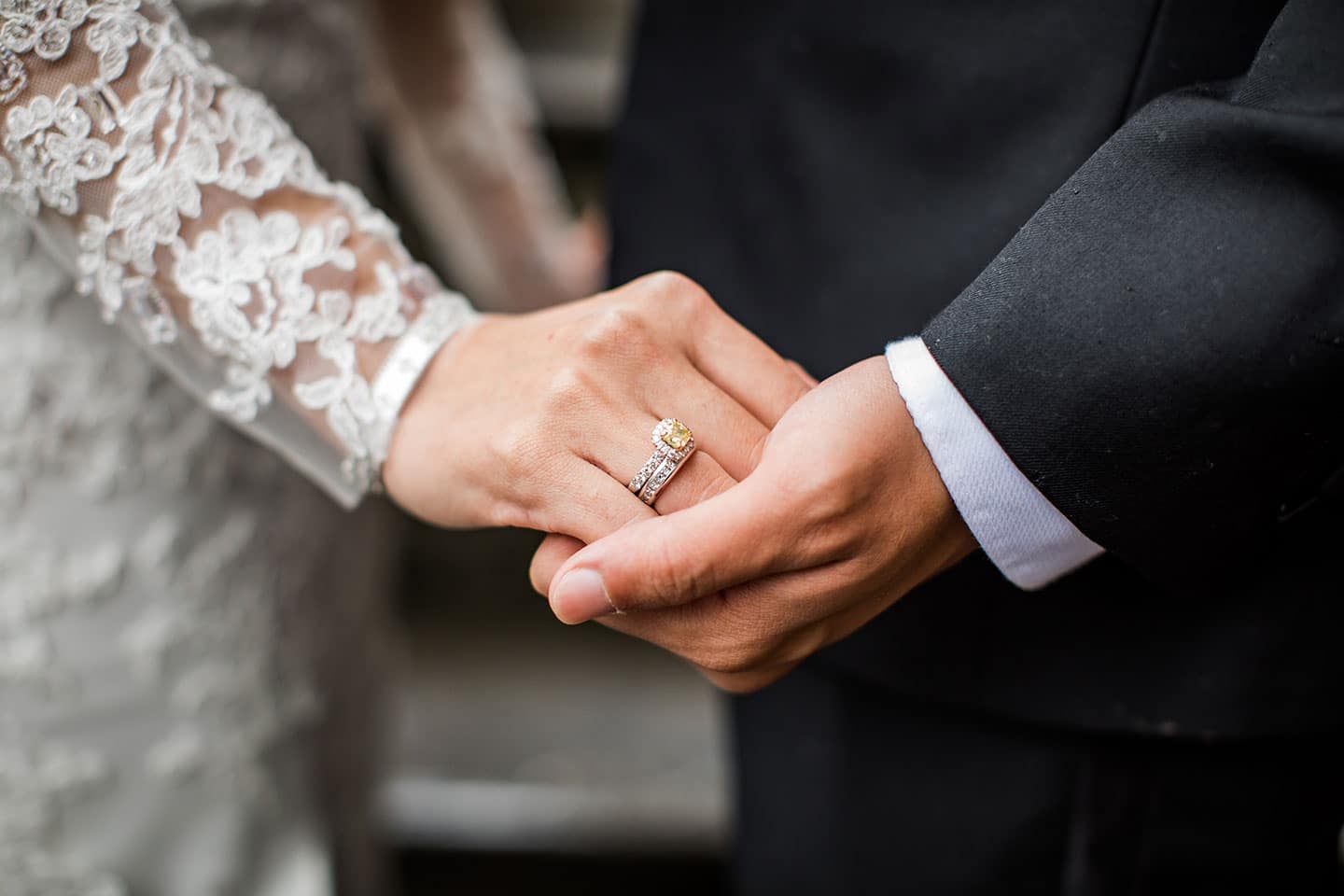 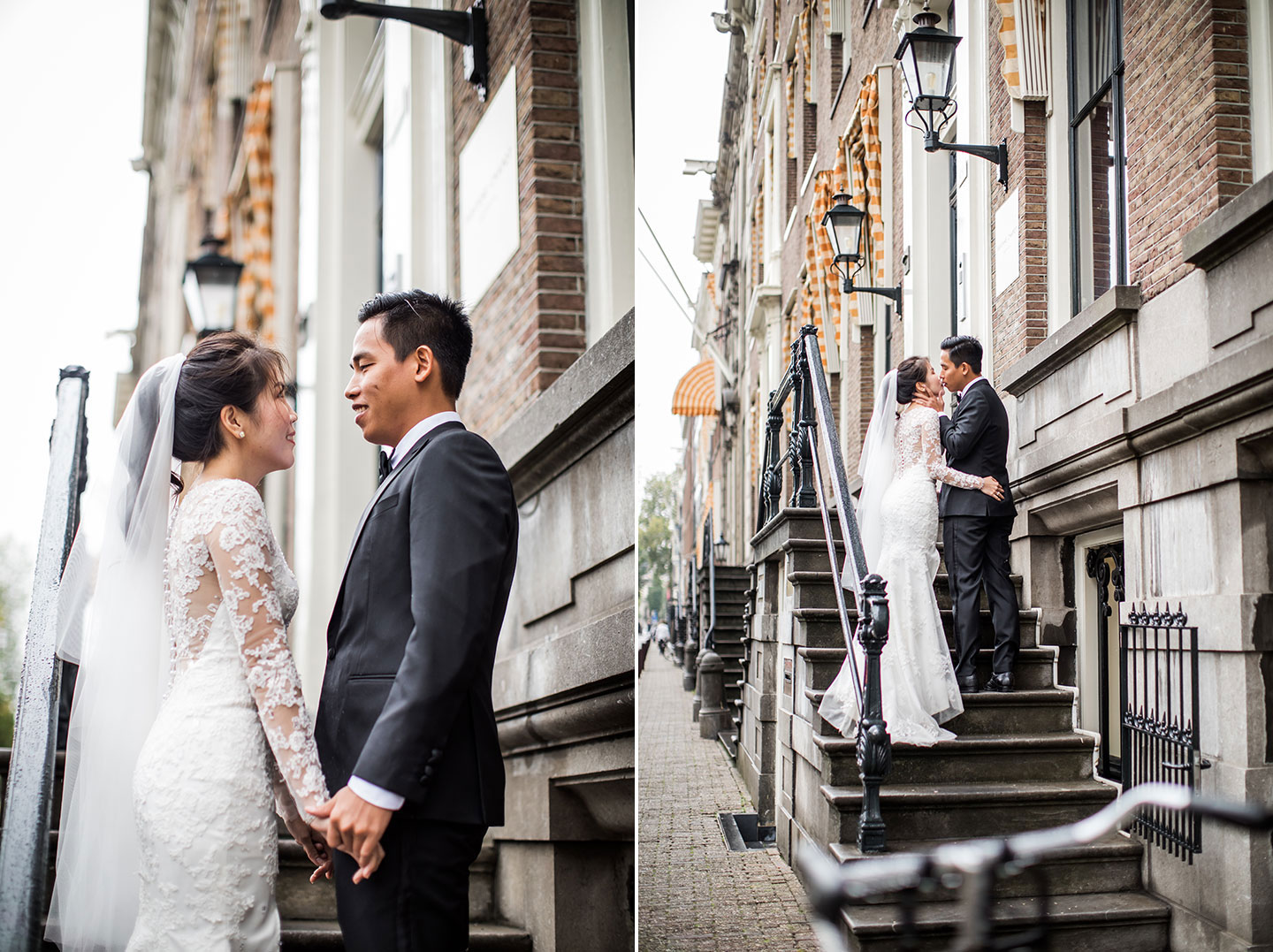 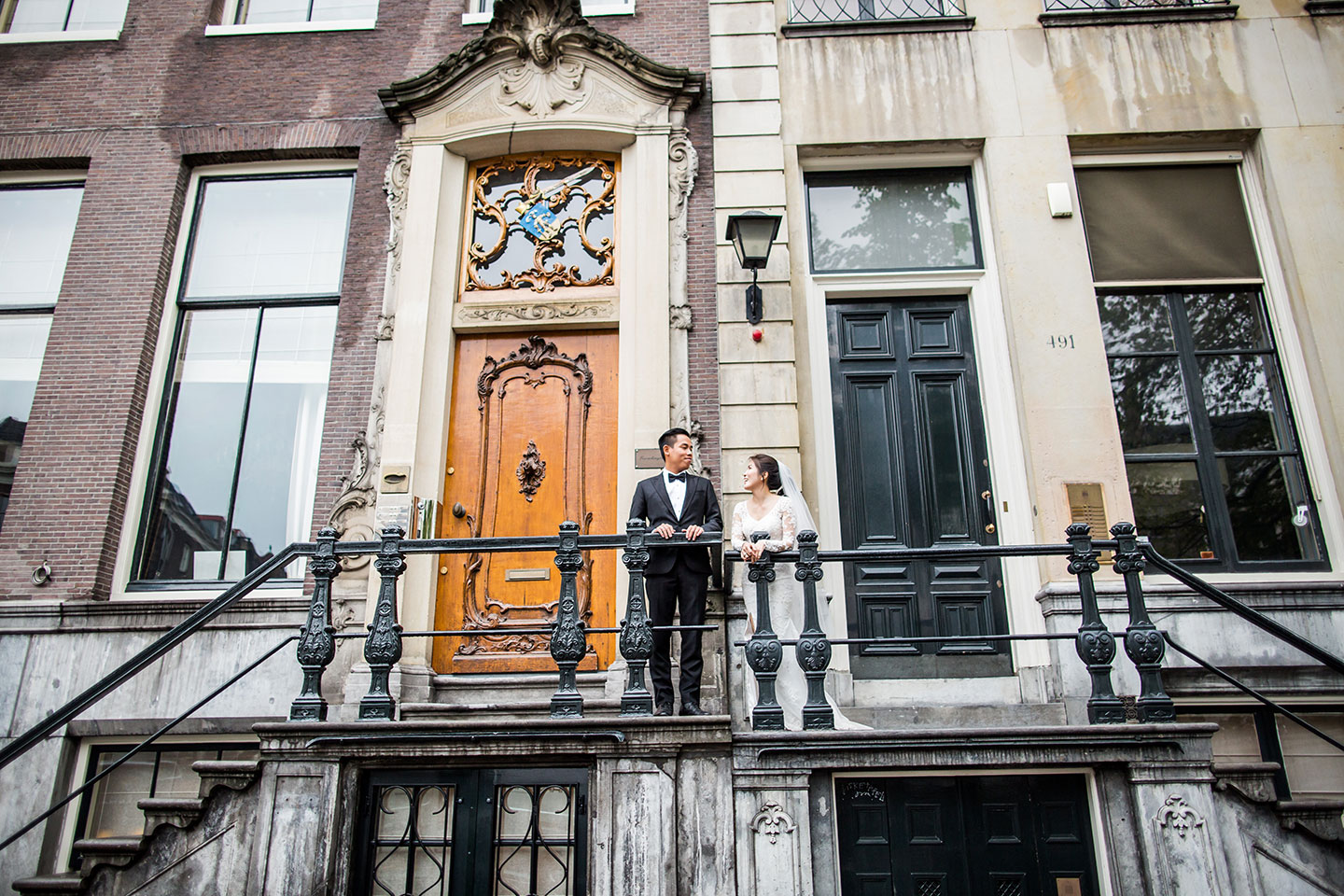 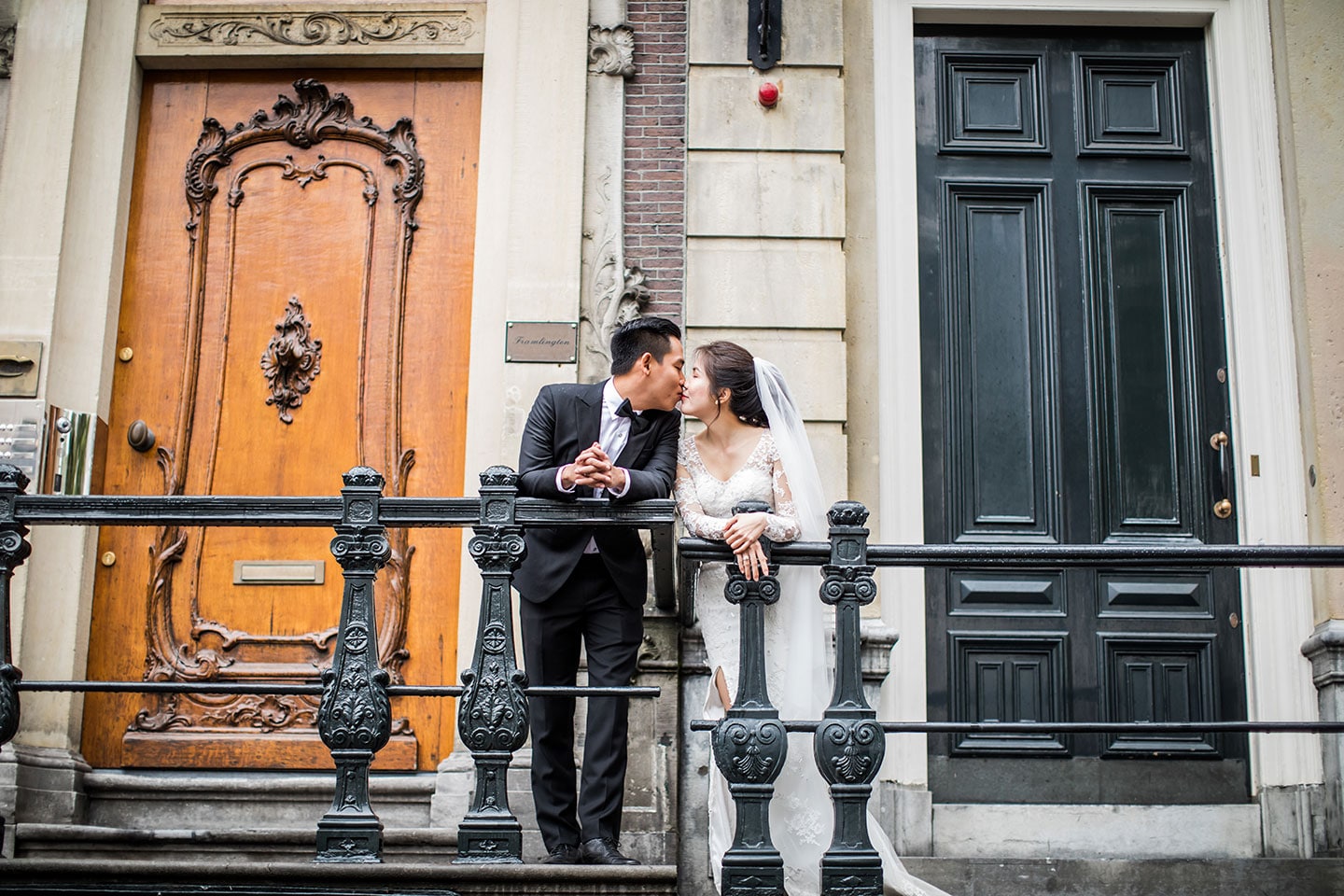 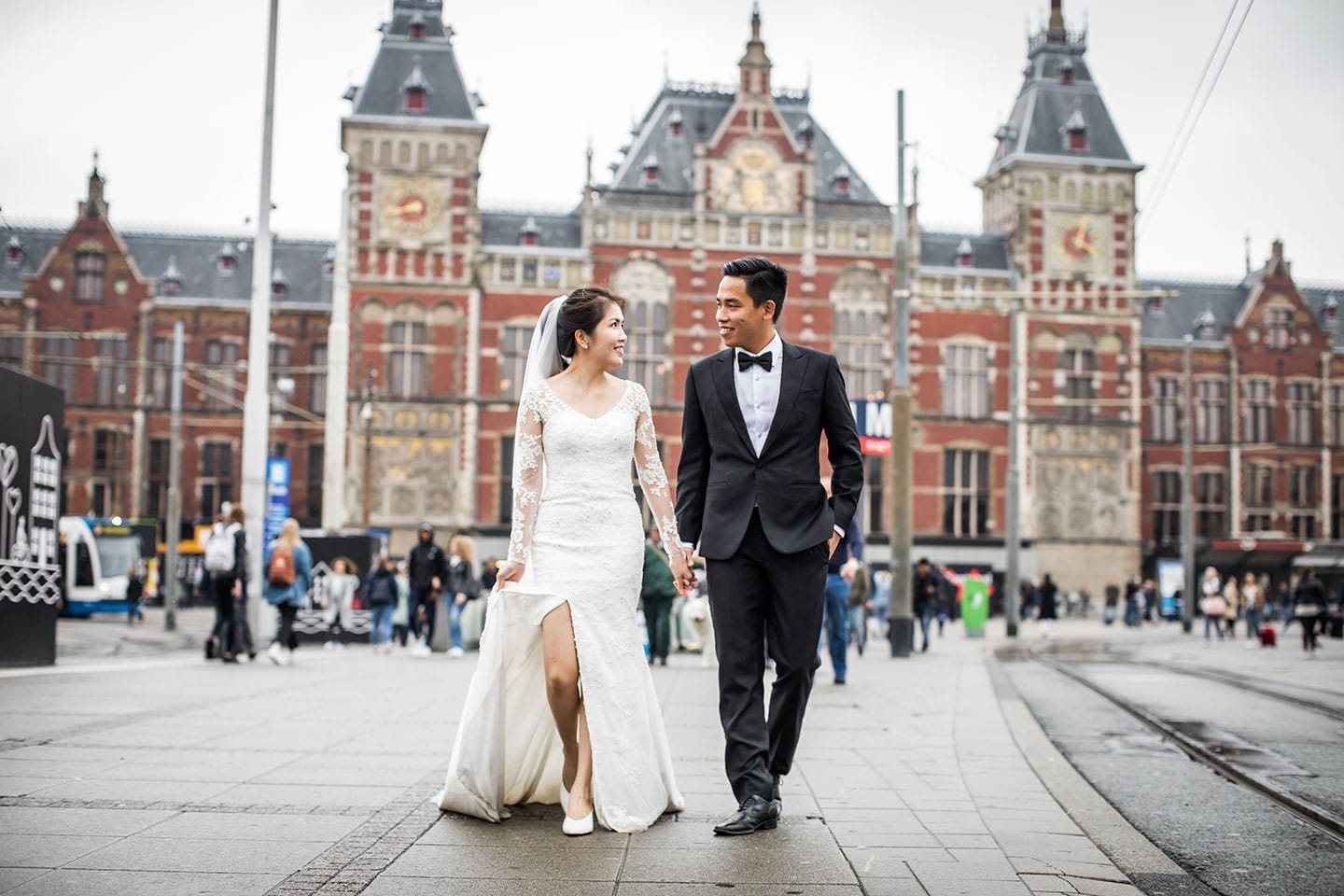 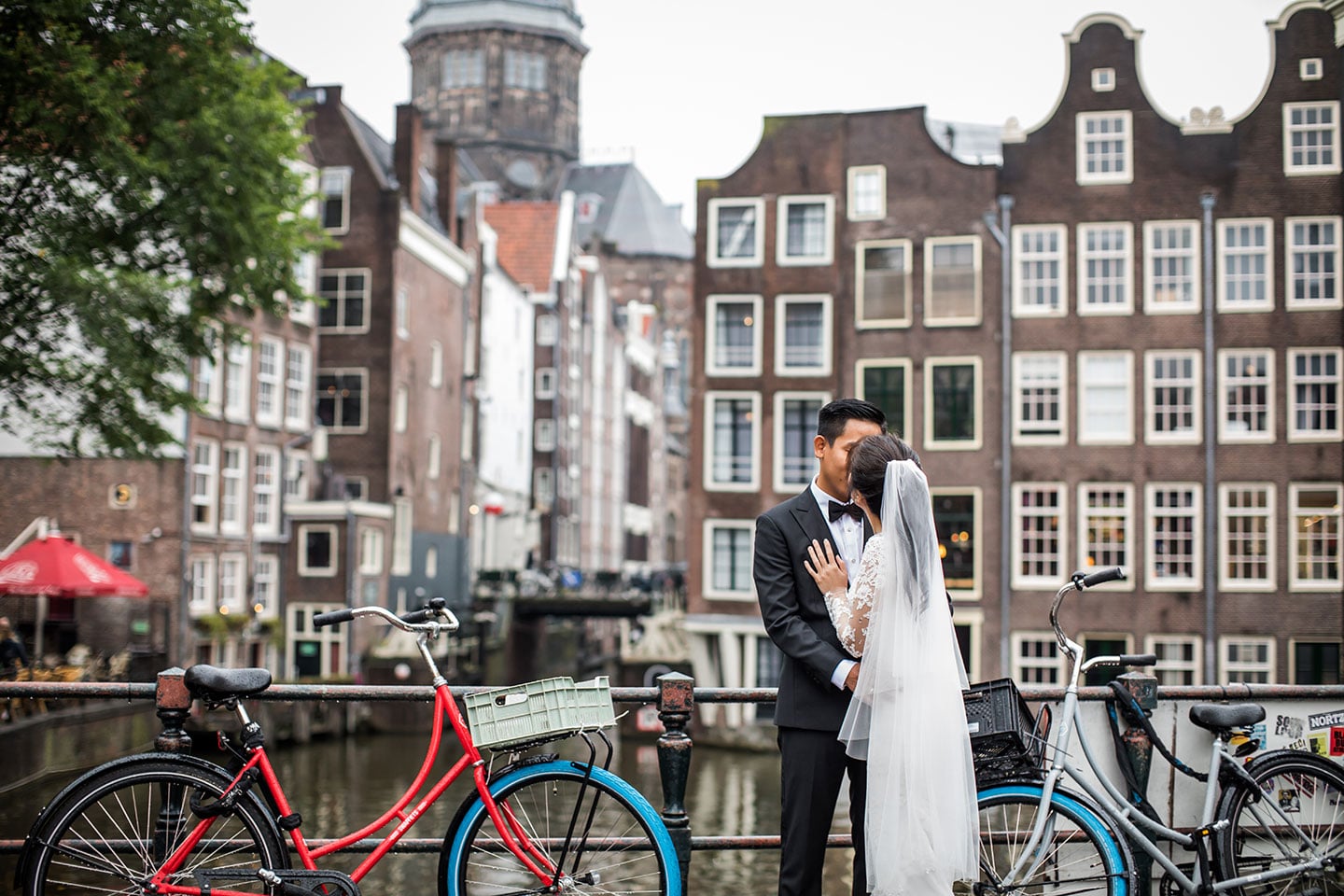 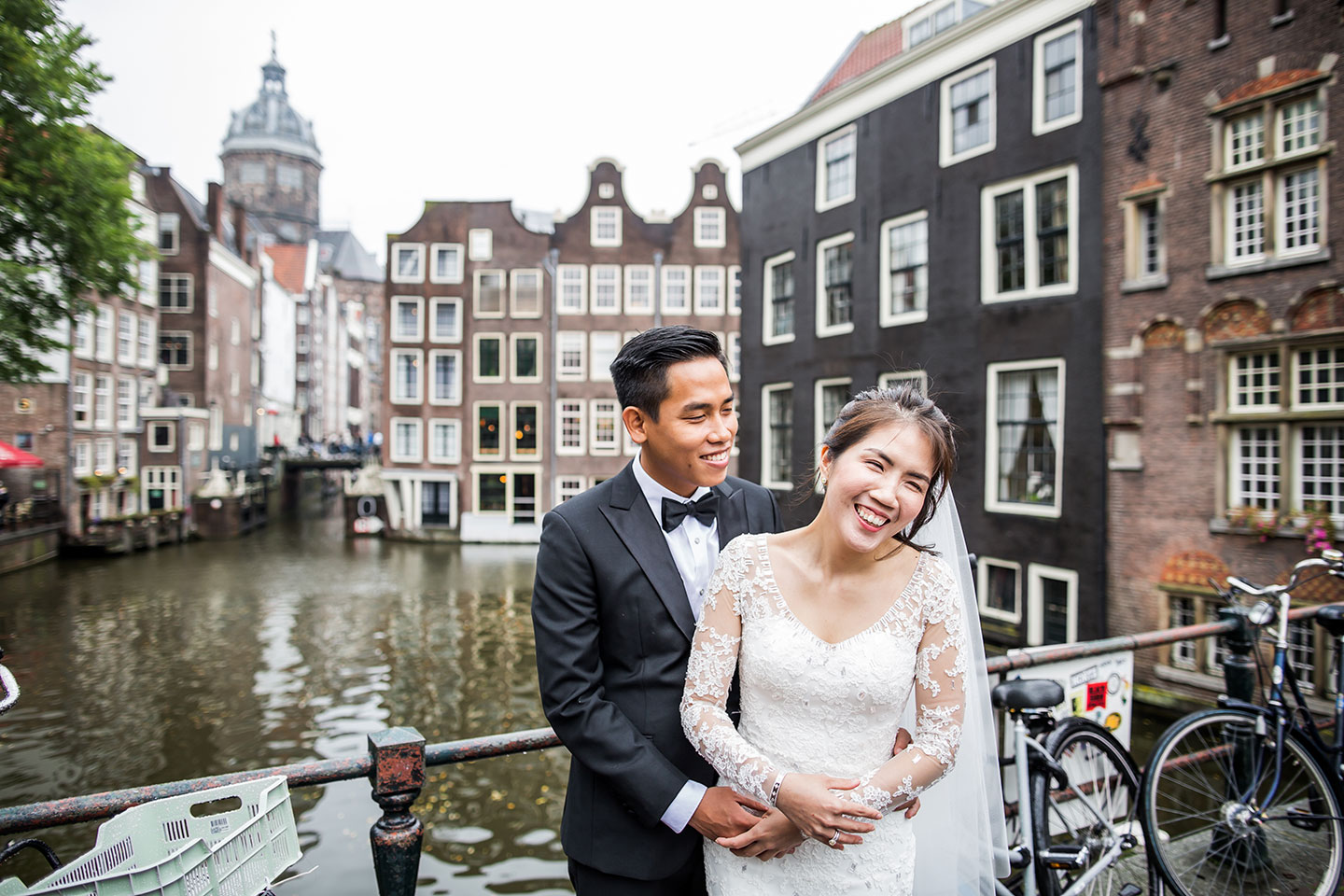 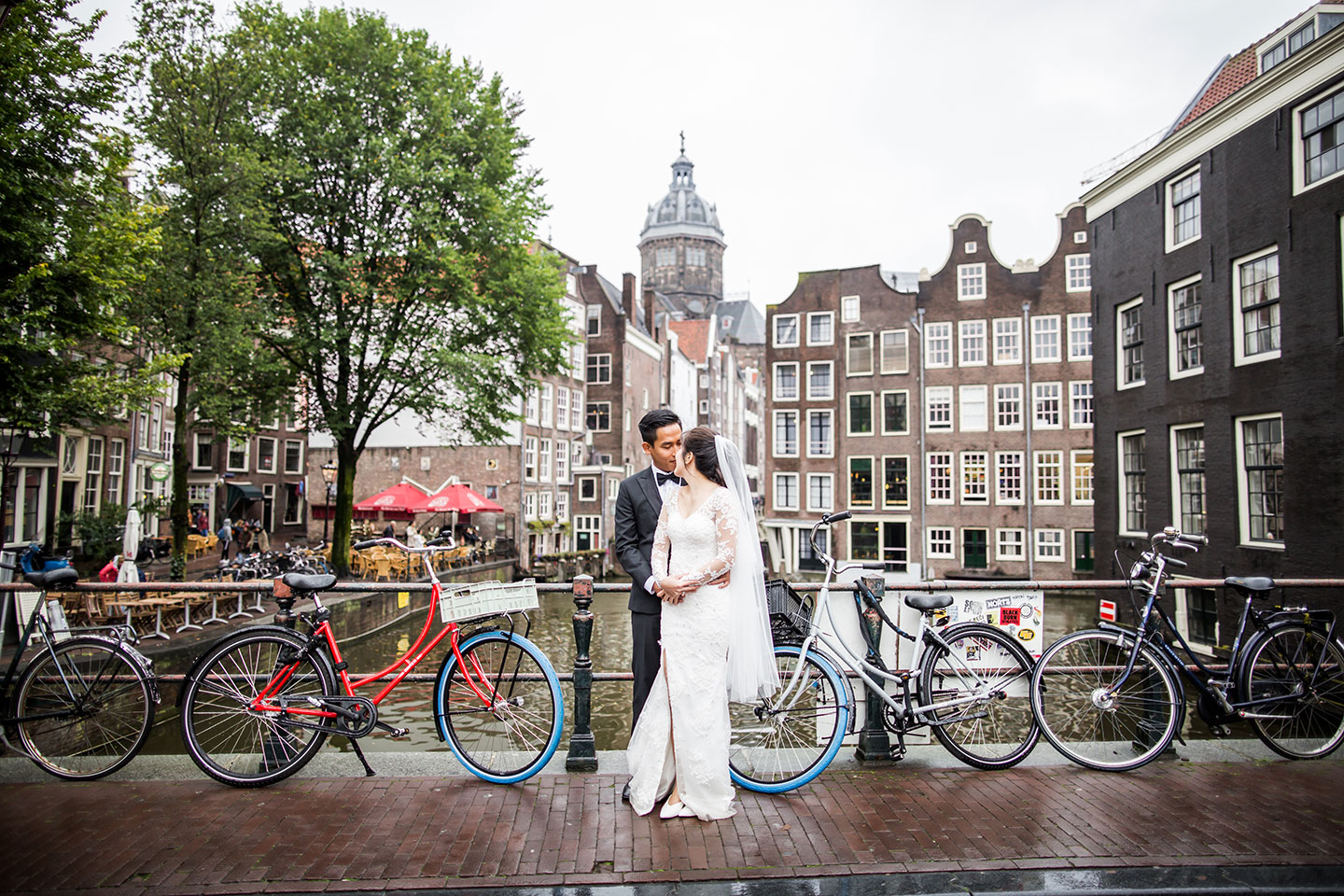 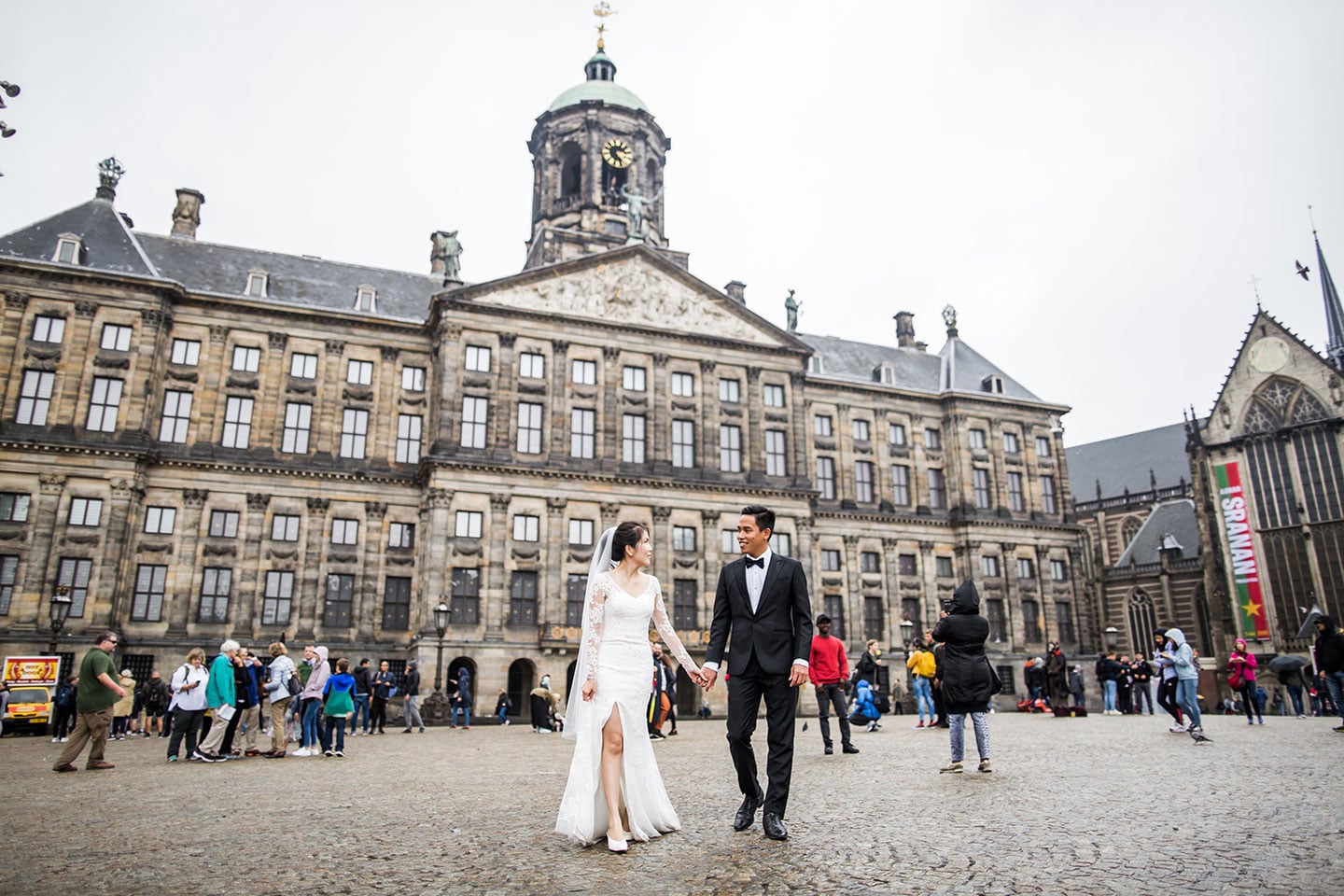 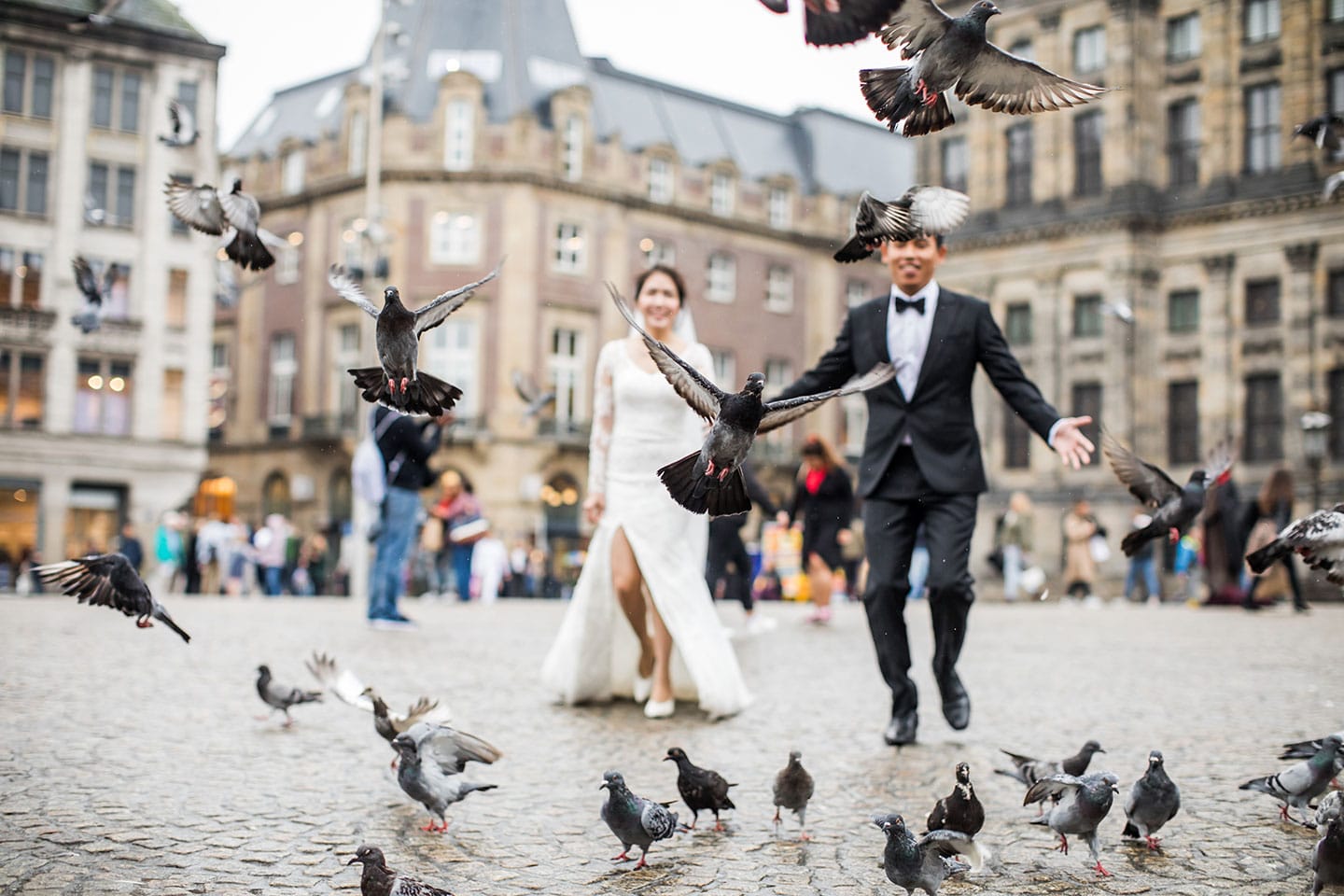 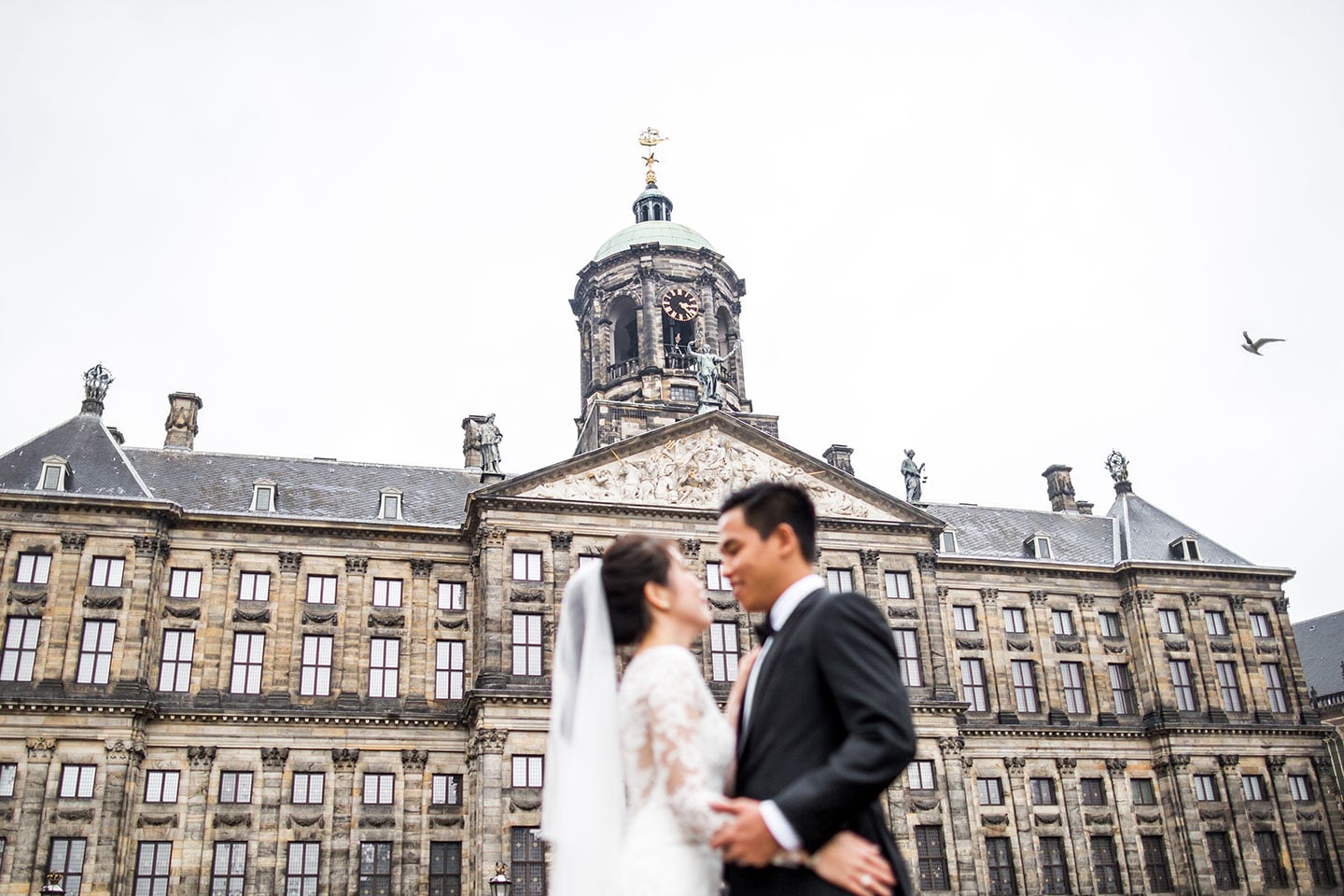 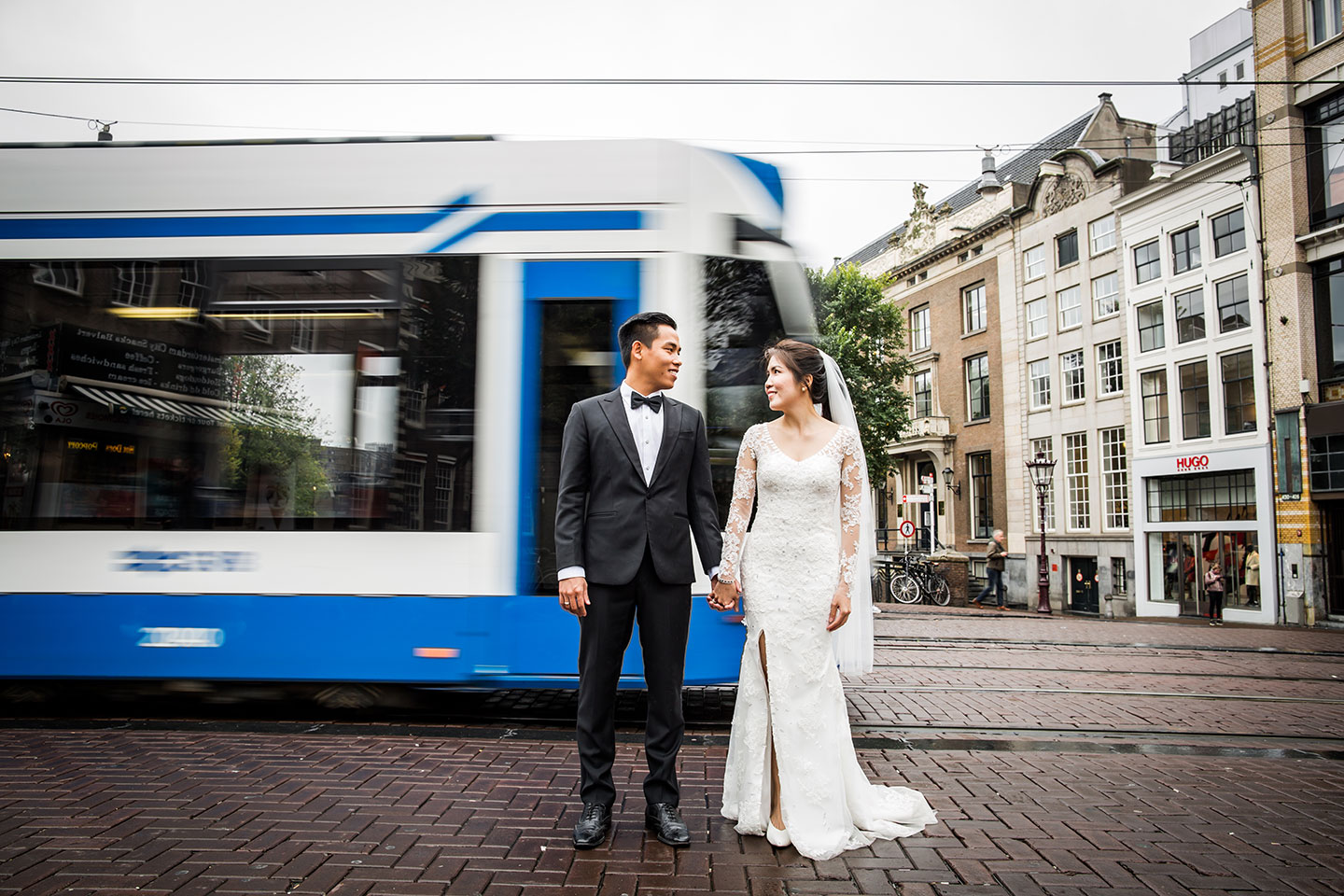 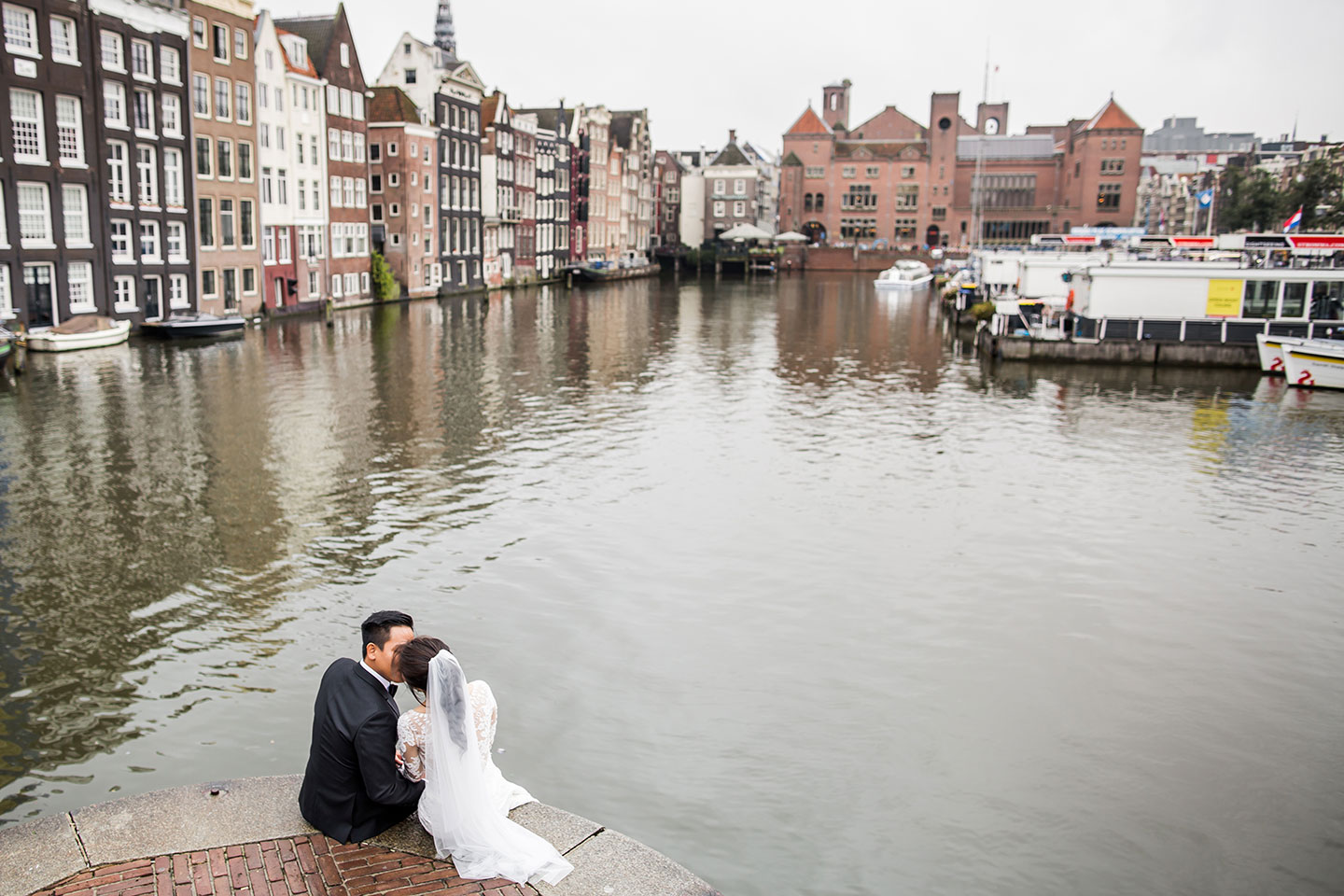 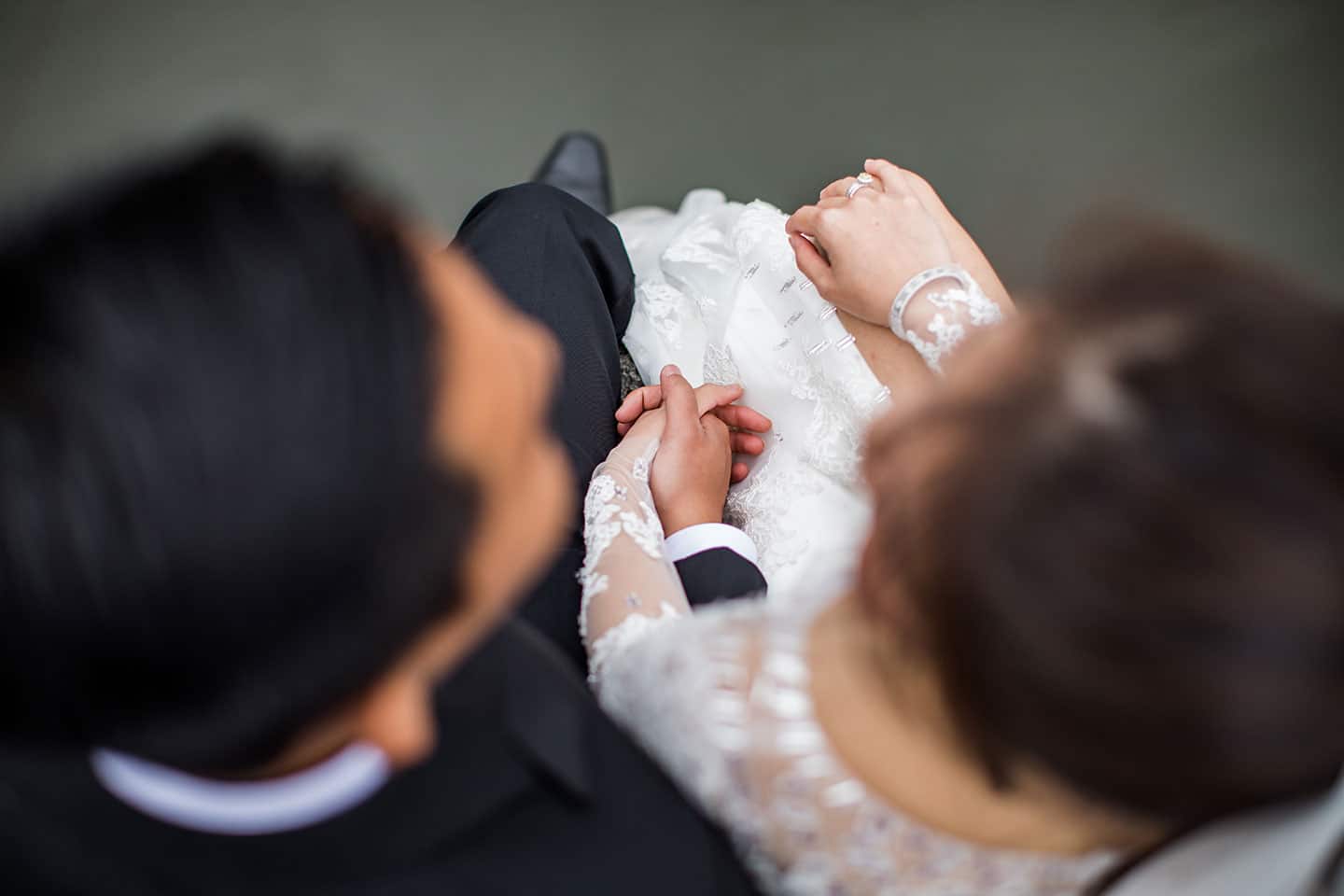 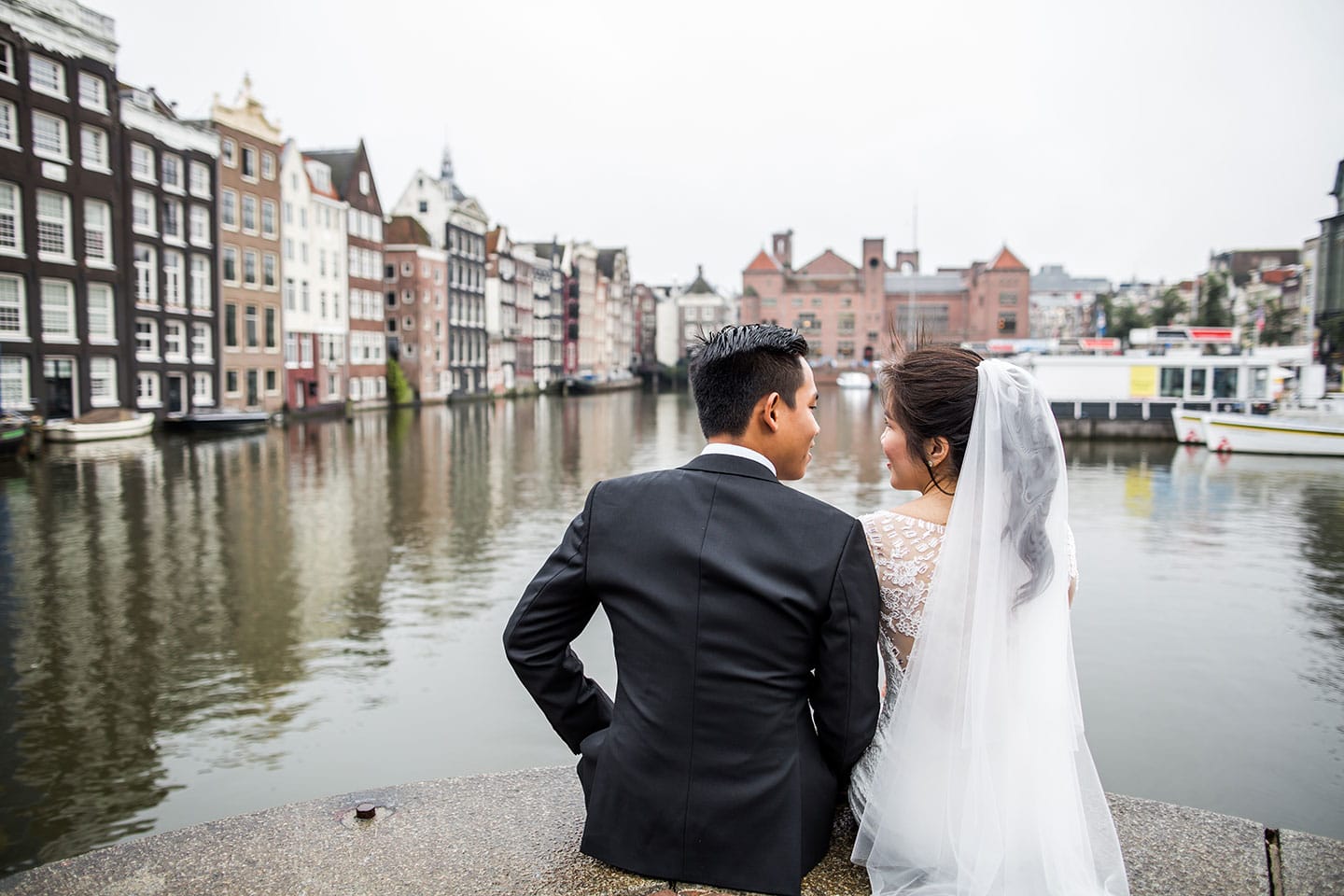 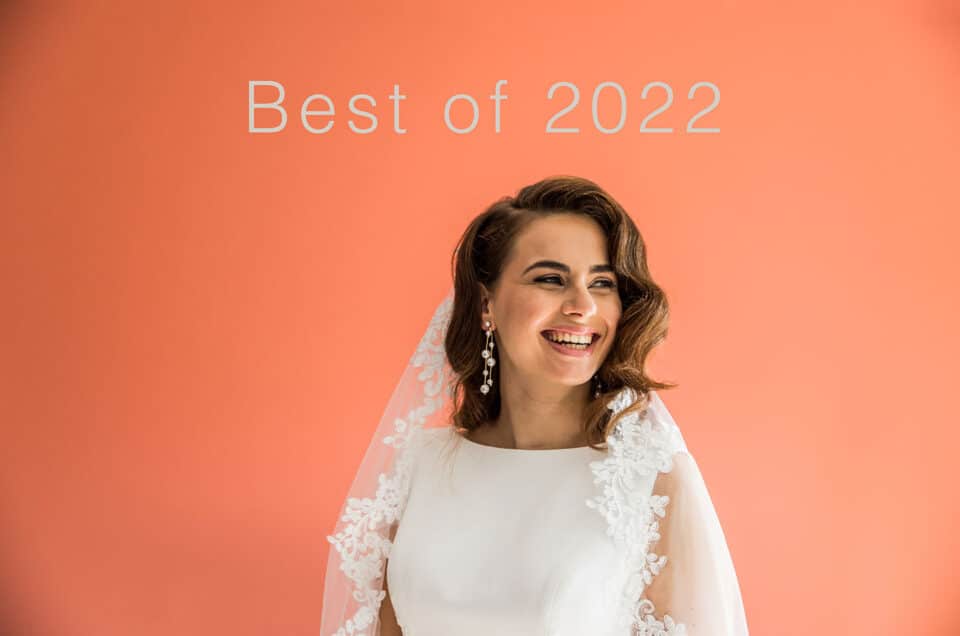 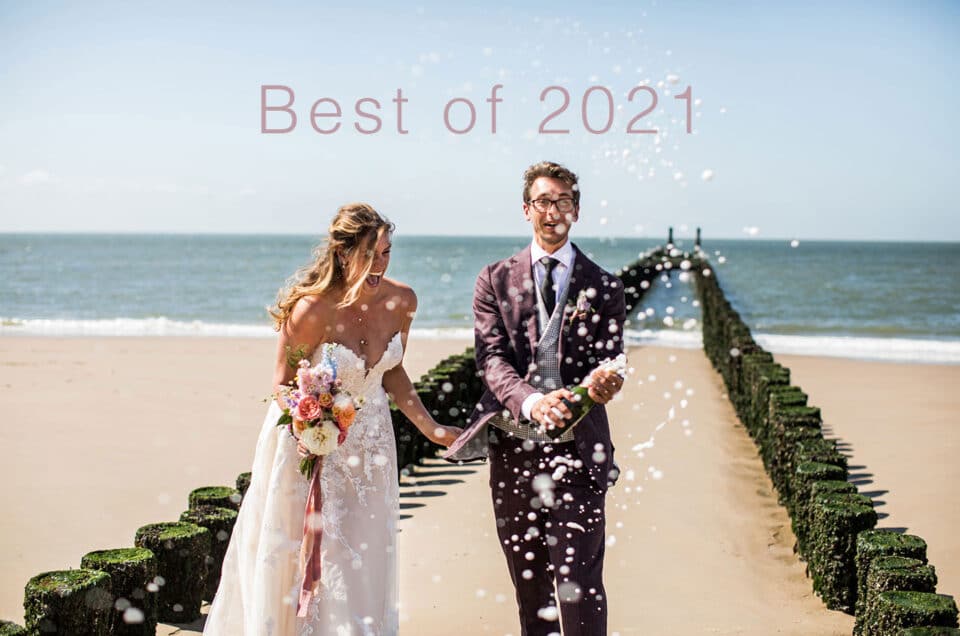 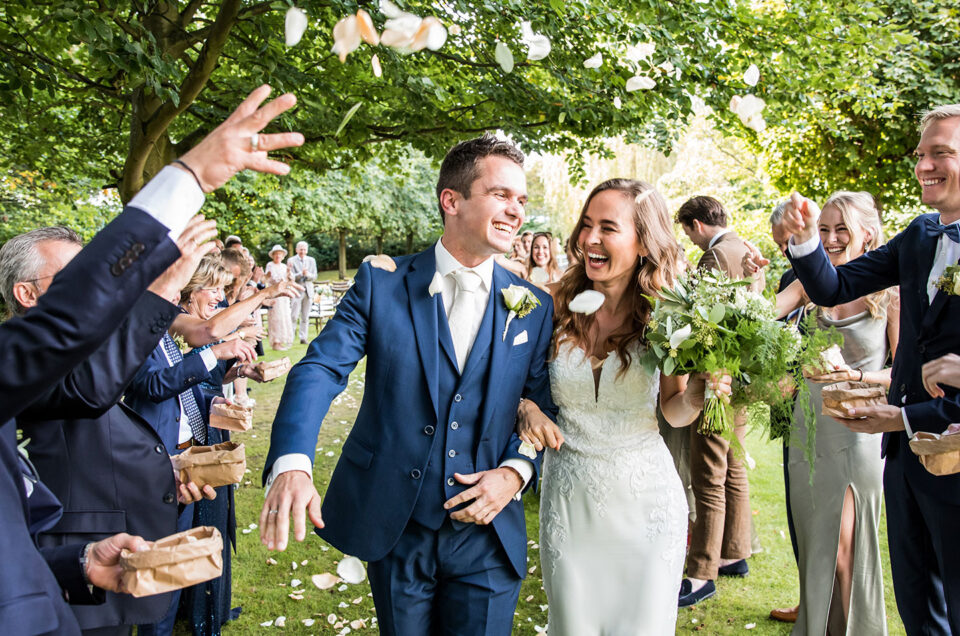