In early spring of this year, I met Fione and Joe for their Amsterdam & Zaanse Schans Pre Wedding. When Fione and Joe contacted me a while back for a prewedding photoshoot in the Netherlands, they mentioned to me they wanted to include both the busy city life of Amsterdam as well as the traditional Dutch iconic windmills. Visiting from Asia, they had never seen a windmill and were very excited about having their prewedding captured at the windmill village of Zaanse Schans.

We started off in the morning around the streets and canals of Amsterdam. As we walked through the beautiful streets of the Jordaan, a very popular neigborhood in Amsterdam for both tourists and locals, we stopped at some bridges with great views and houses in the backdrop. We continued on until we reached the royal palace at the Dam Square. This beautiful palace, built as a city hall for the city of Amsterdam during the 17th century, is the official reception palace of the king of the Netherlands.

As we left Amsterdam behind us, we drove over to the second location of this prewedding shoot: Zaanse Schans. This classic windmill village is situated roughly 30 minutes outside of Amsterdam, making it the perfect place to combine your prewedding photography in Amsterdam with this village that is full of traditional Dutch houses, windmills and culture. As Fione changed dresses and went from a traditional white wedding gown to a vibrant red dress, she stole all the attention at this place. We took a stroll along the row of colorful windmills that are lined up along the water. It was no surprise that Fione and Joe were so happy to have visited this place for their prewedding shoot in Europe. We ended their prewedding at the dock of the village where Fione and Joe stayed to take in the views.

I hope you have enjoyed this Amsterdam & Zaanse Schans prewedding photoshoot. In case you are interested in having your prewedding photos taken in Amsterdam, somewhere else in the Netherlands such as the flower gardens and tulip fields of the Keukenhof or the windmill village Zaanse Schans, please contact me. I am also available for prewedding photography in other parts of Europe, so don’t hesitate to send me a message. 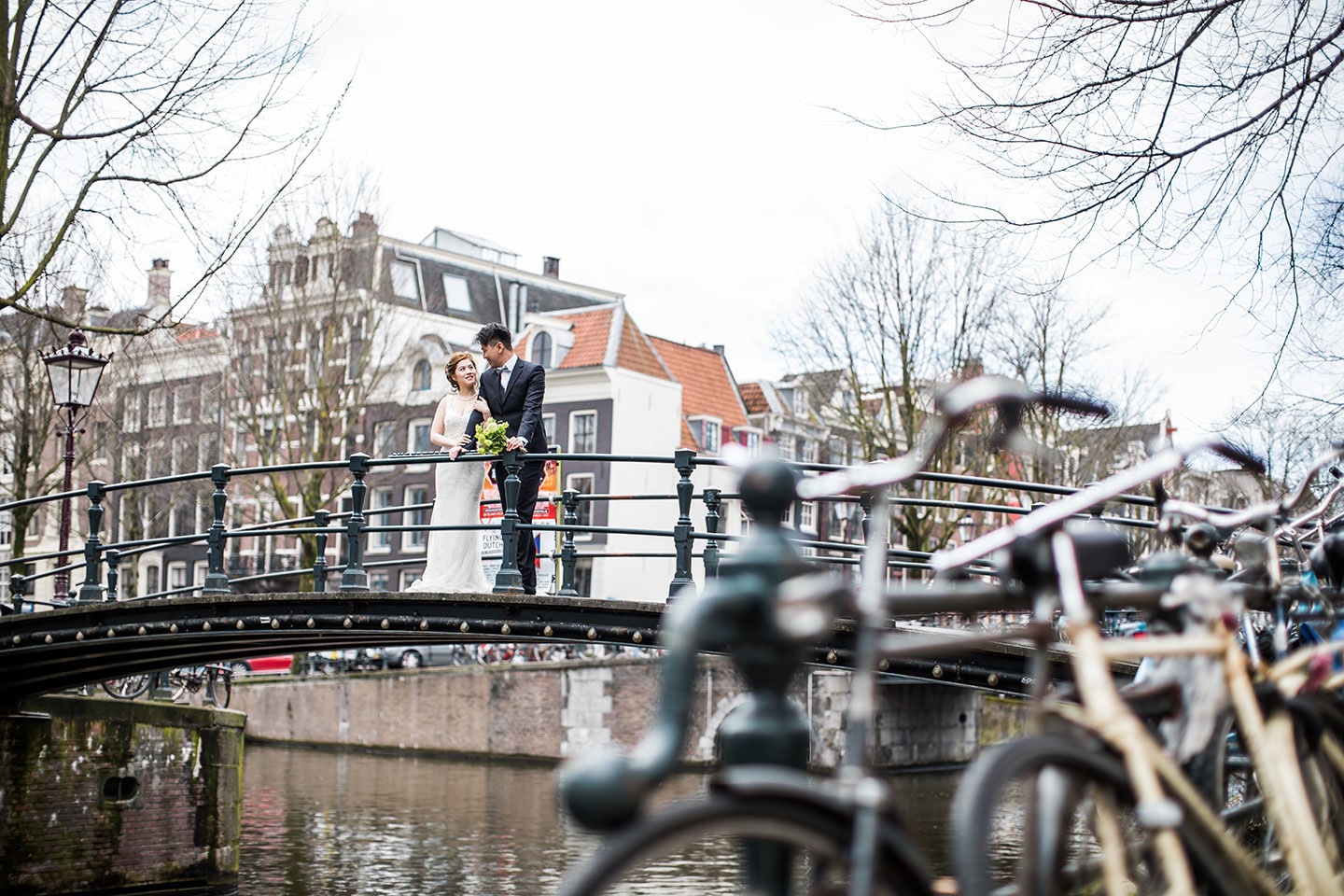 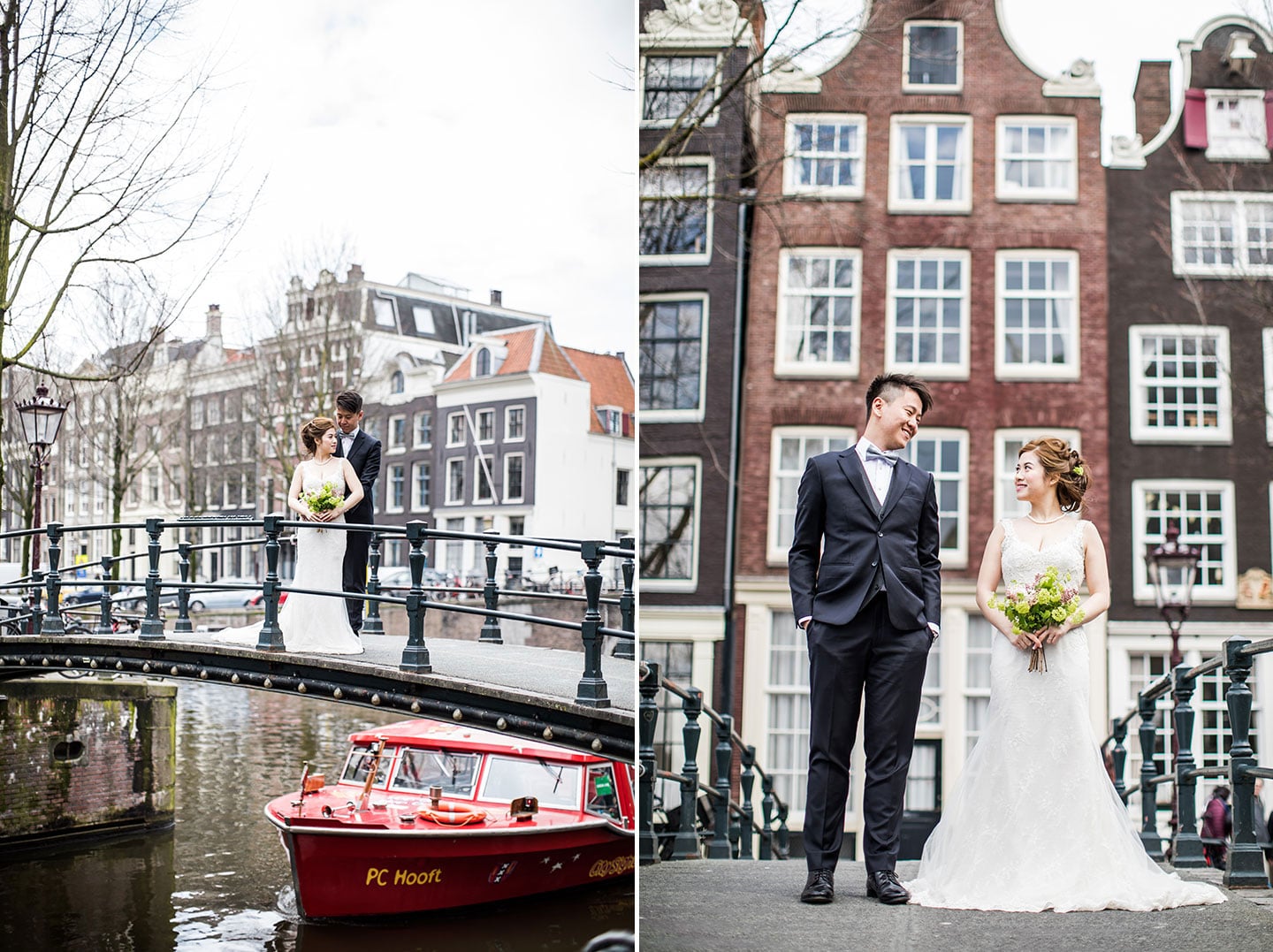 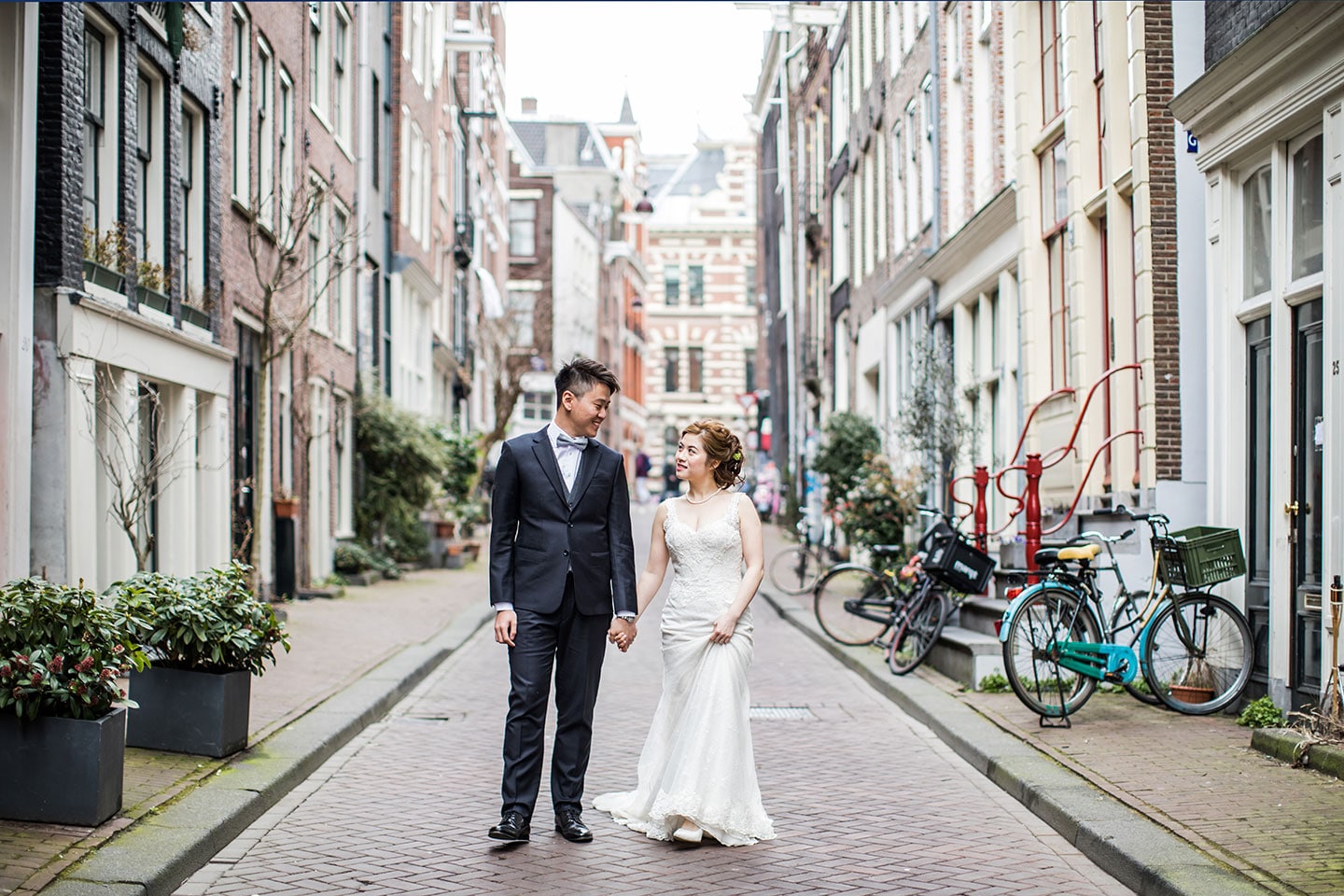 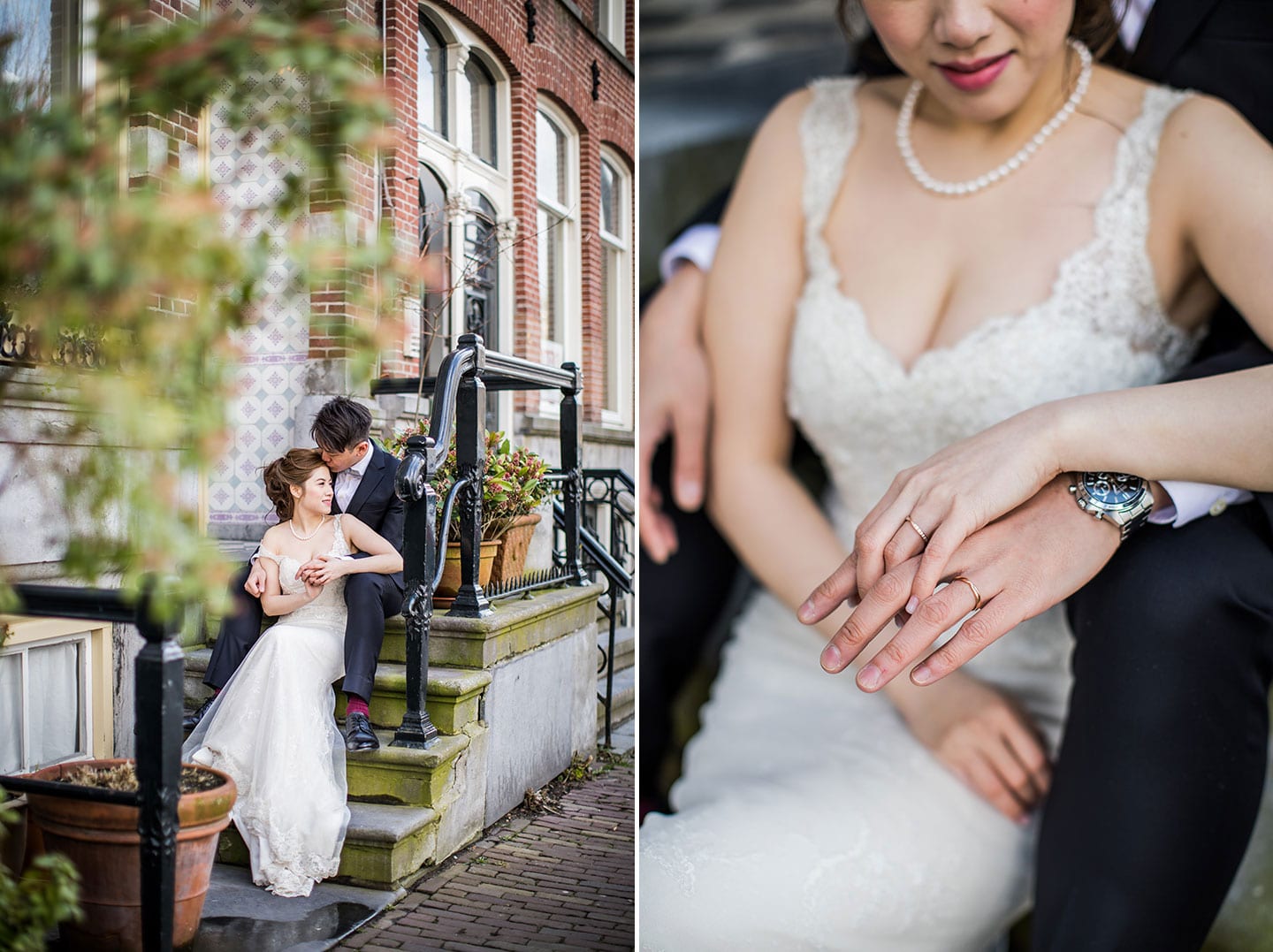 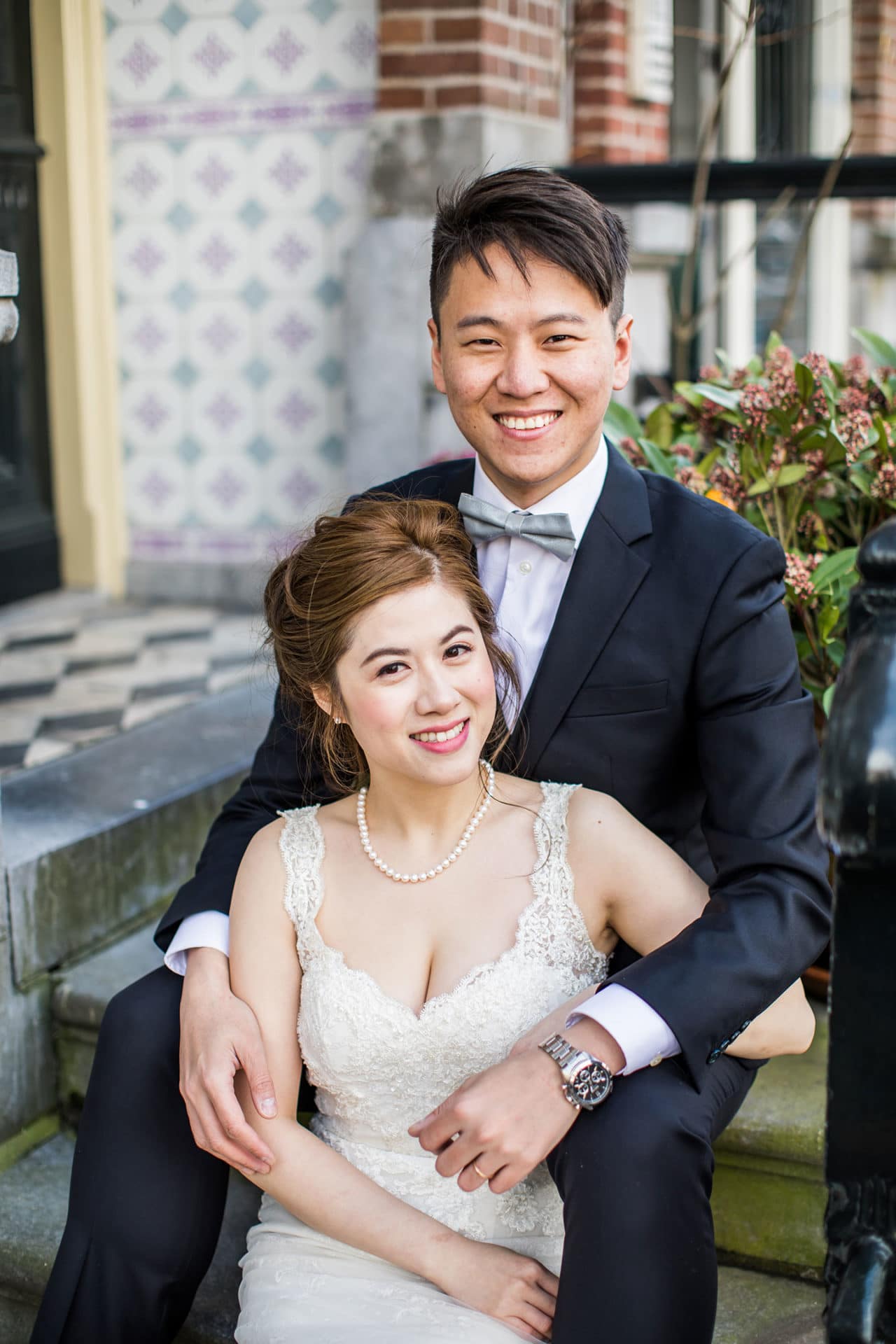 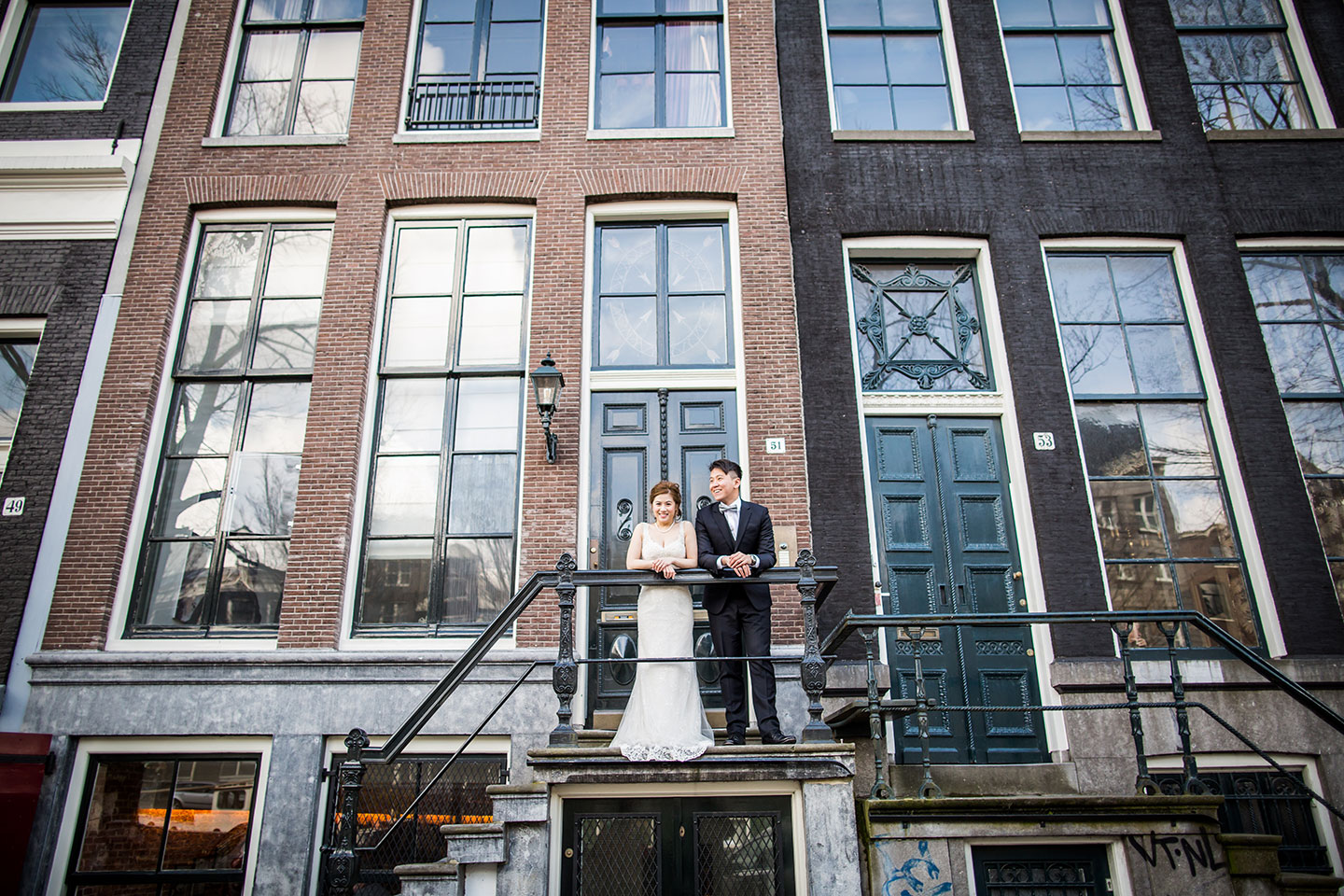 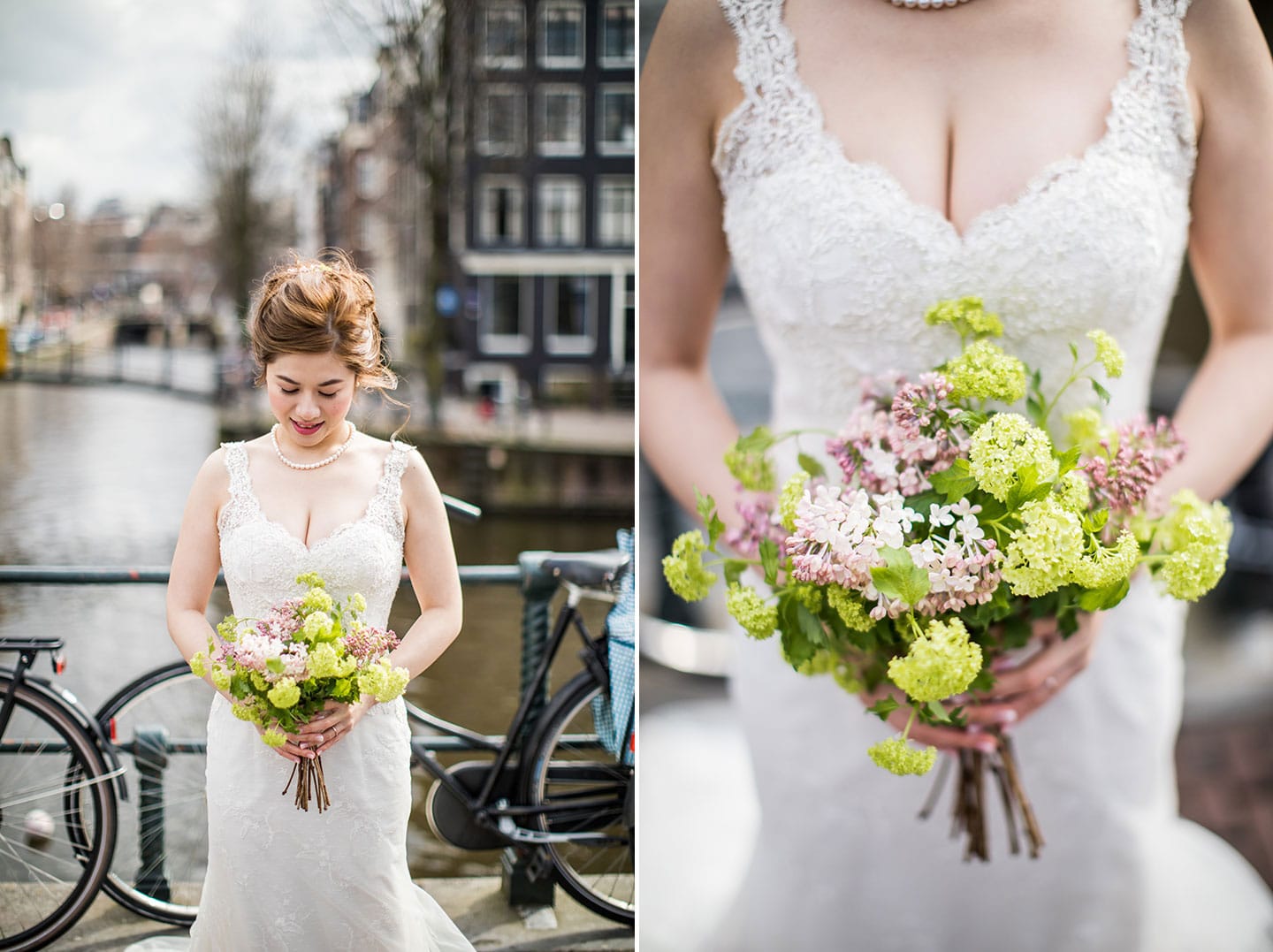 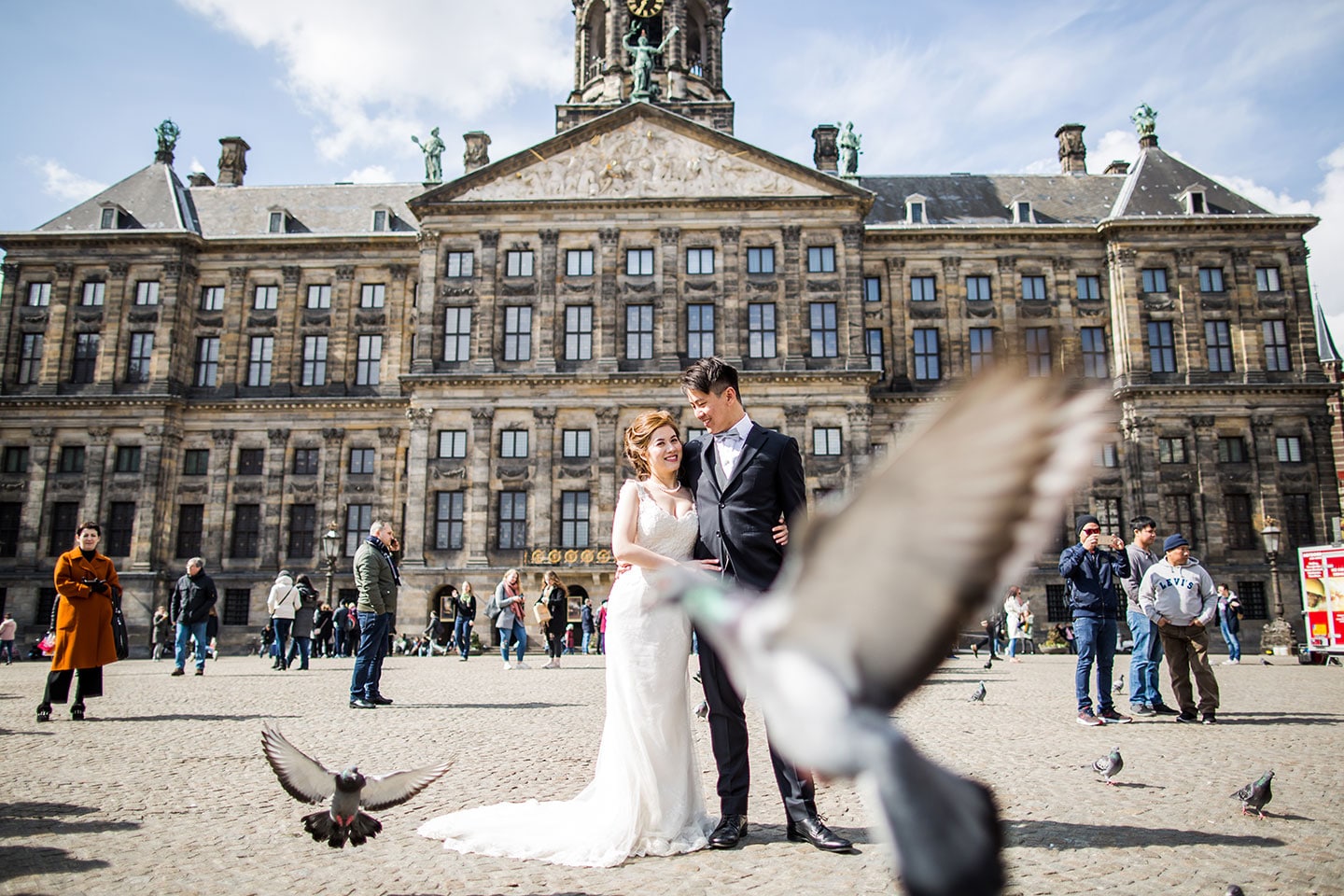 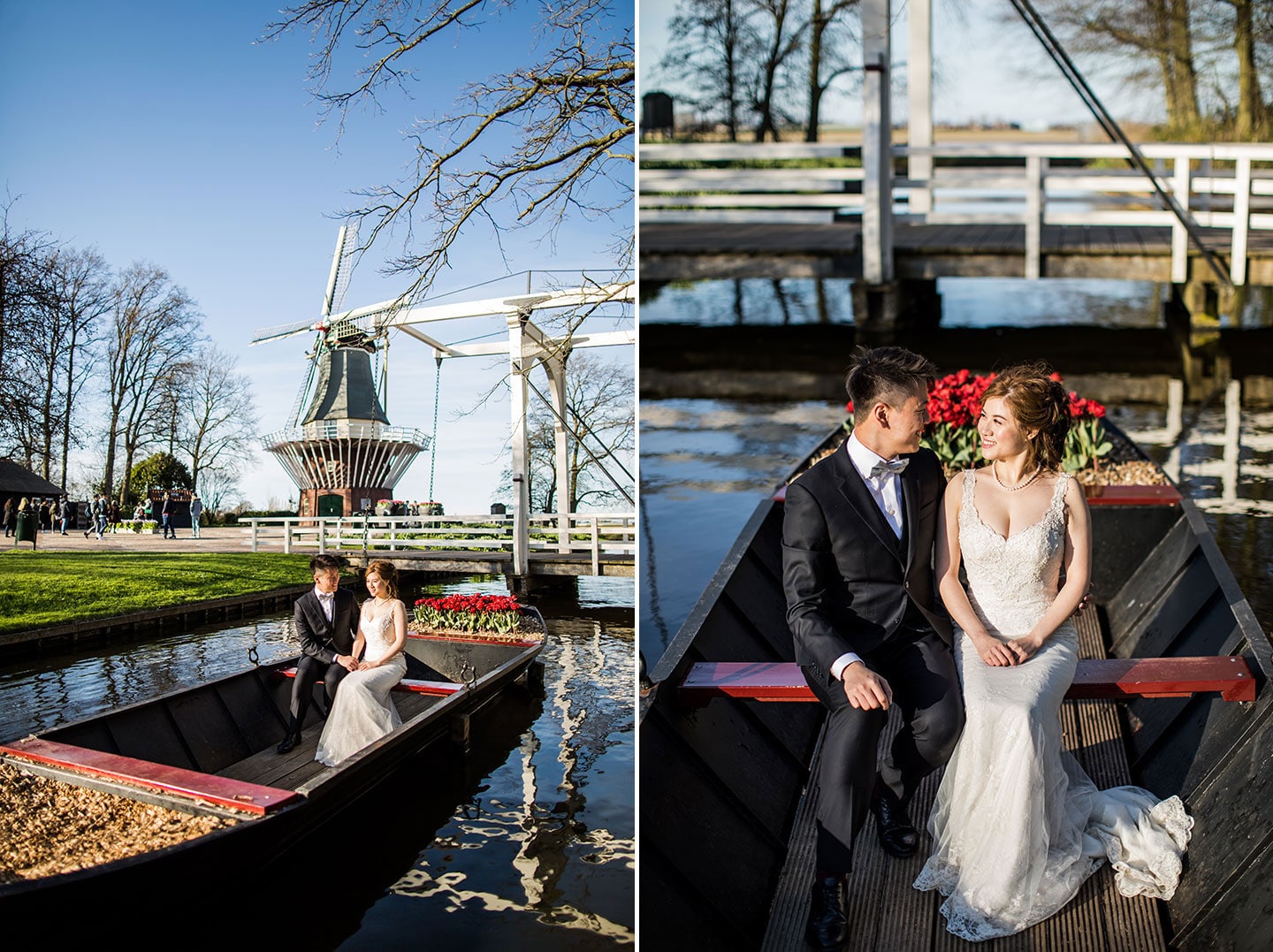 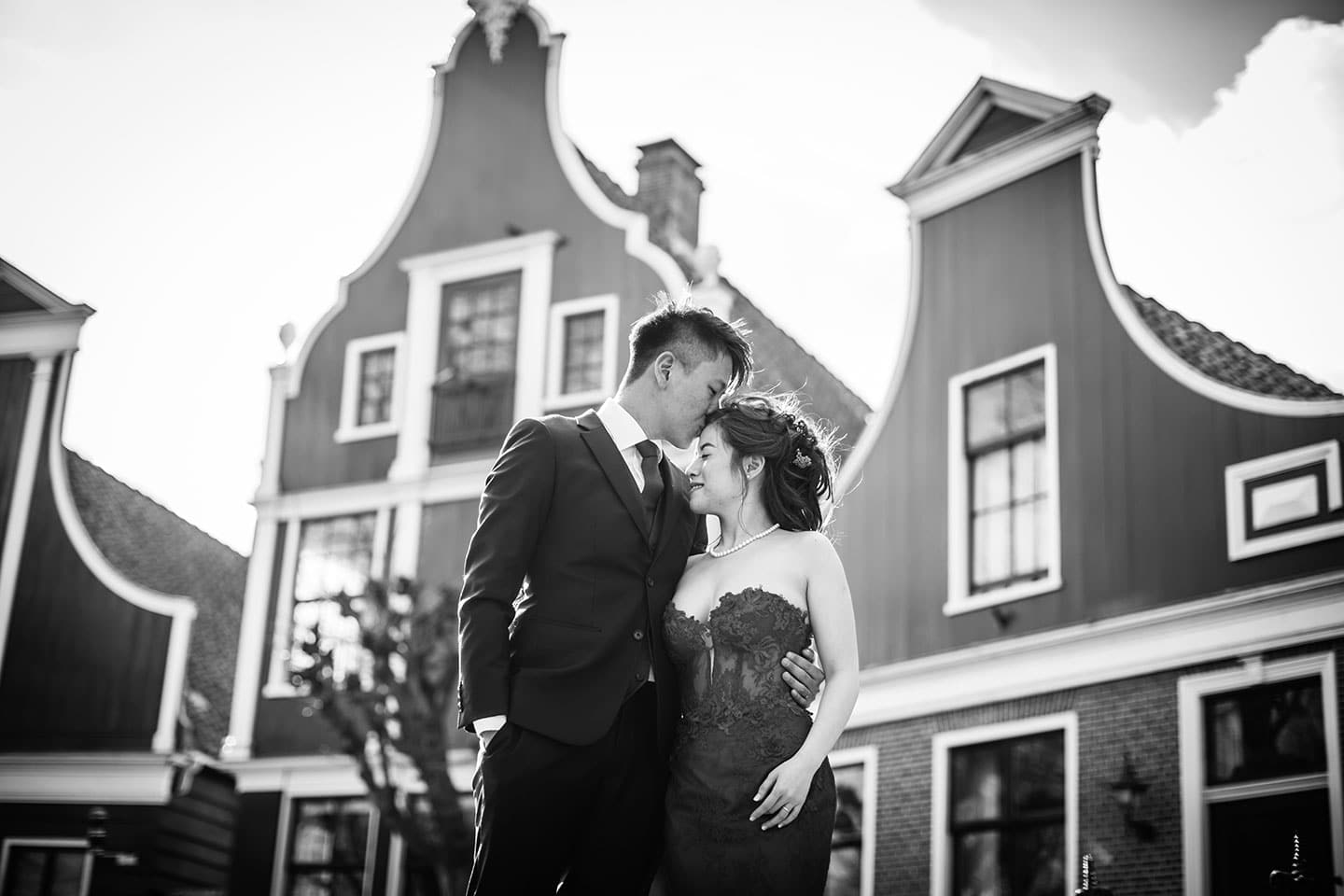 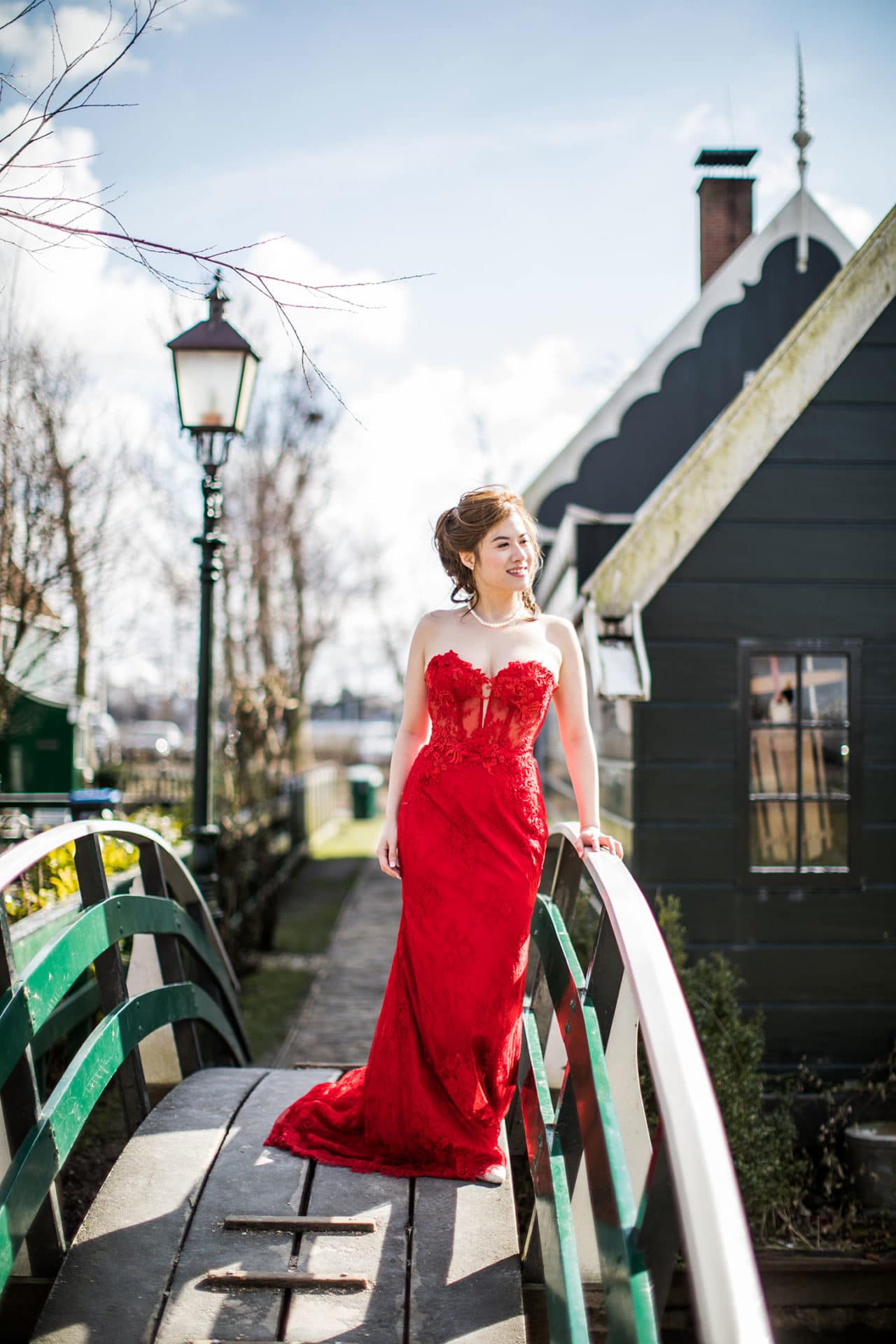 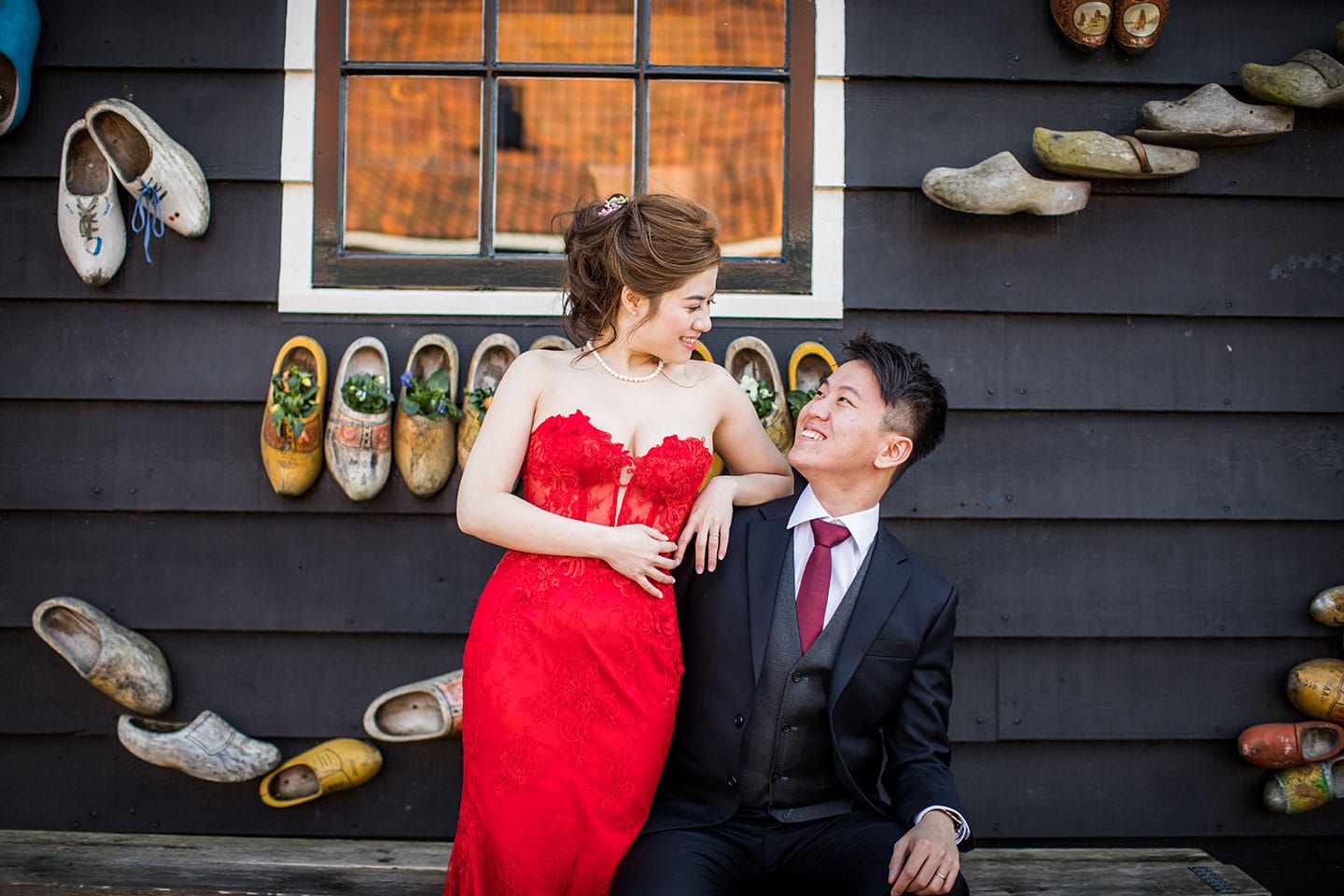 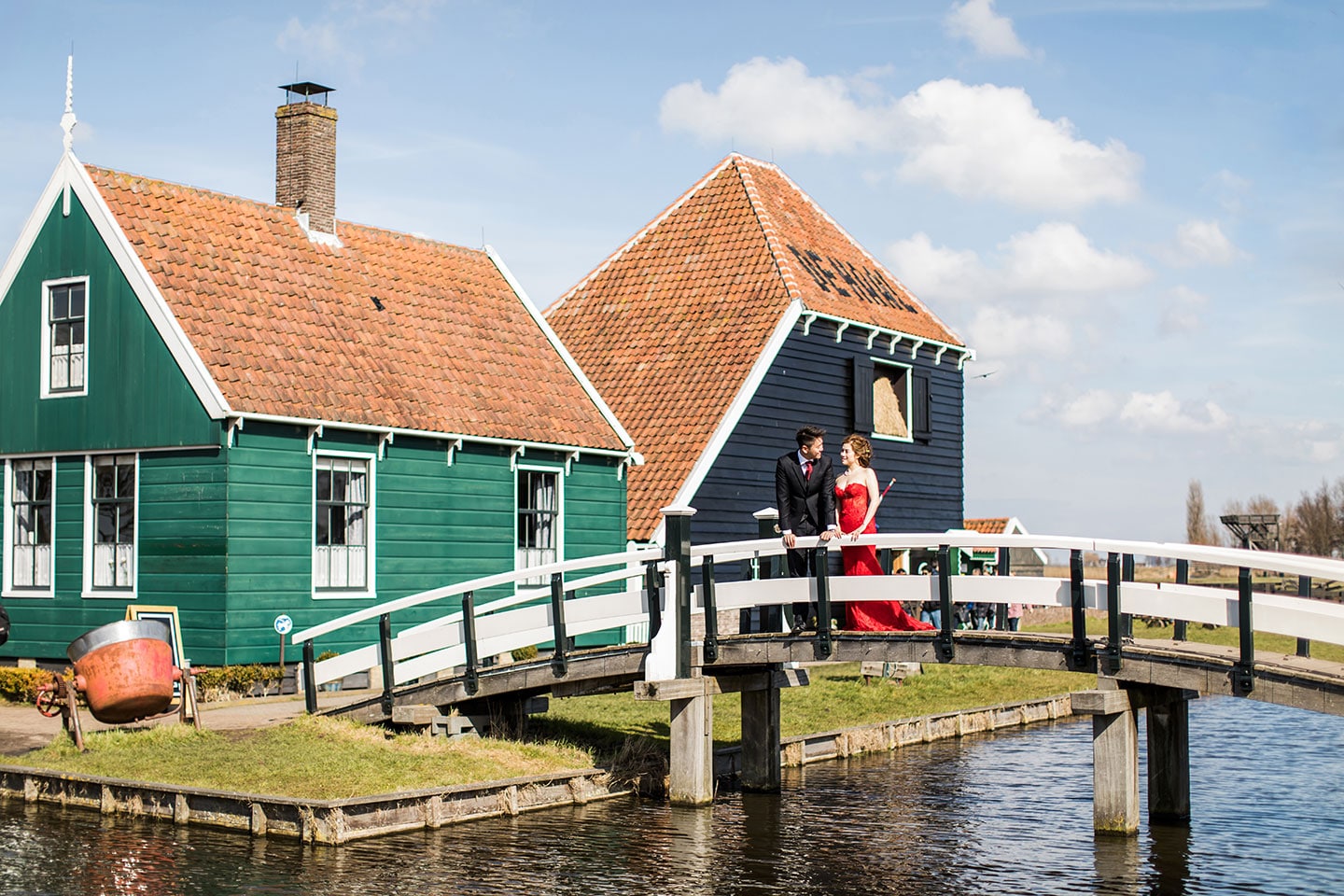 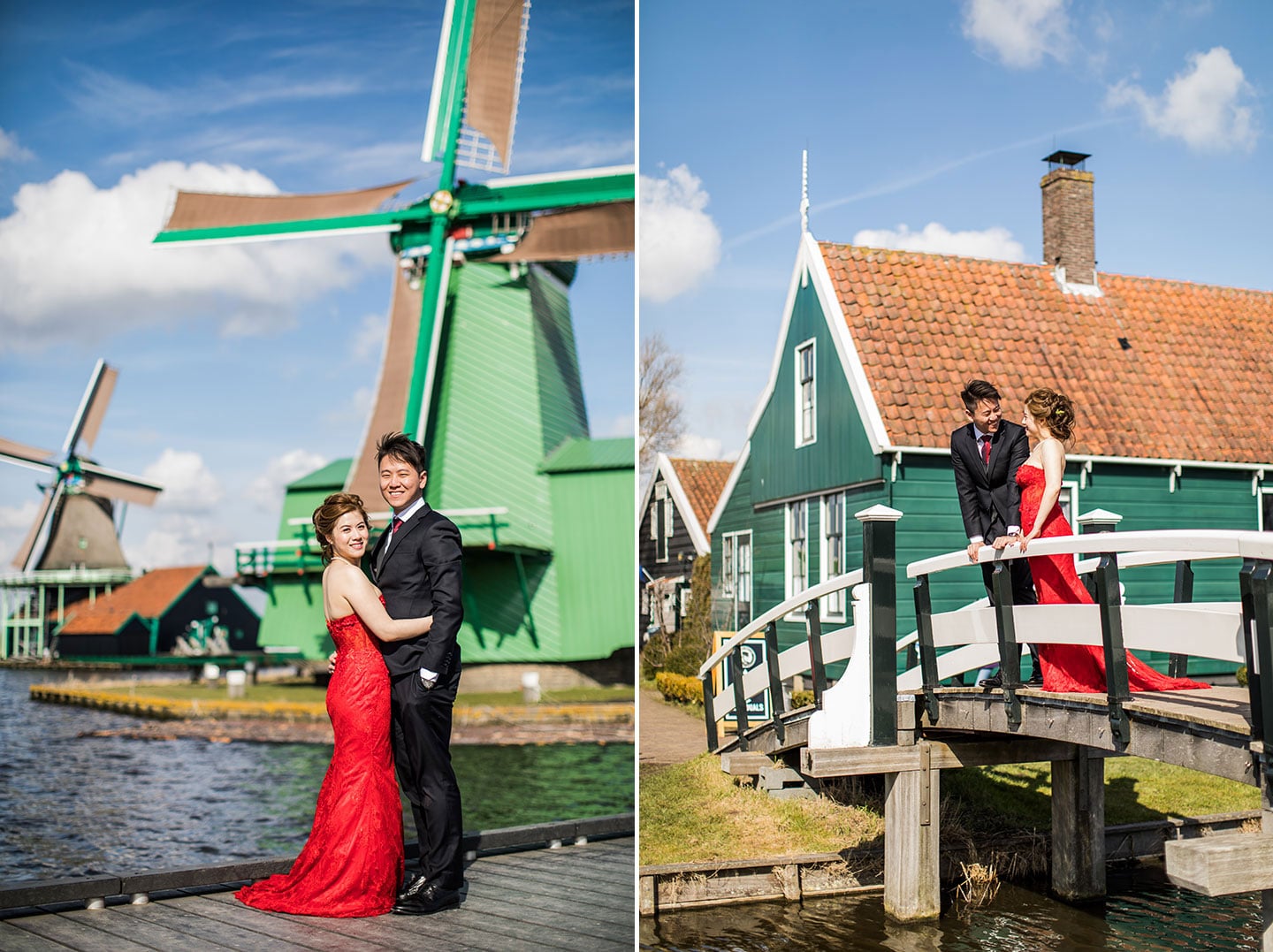 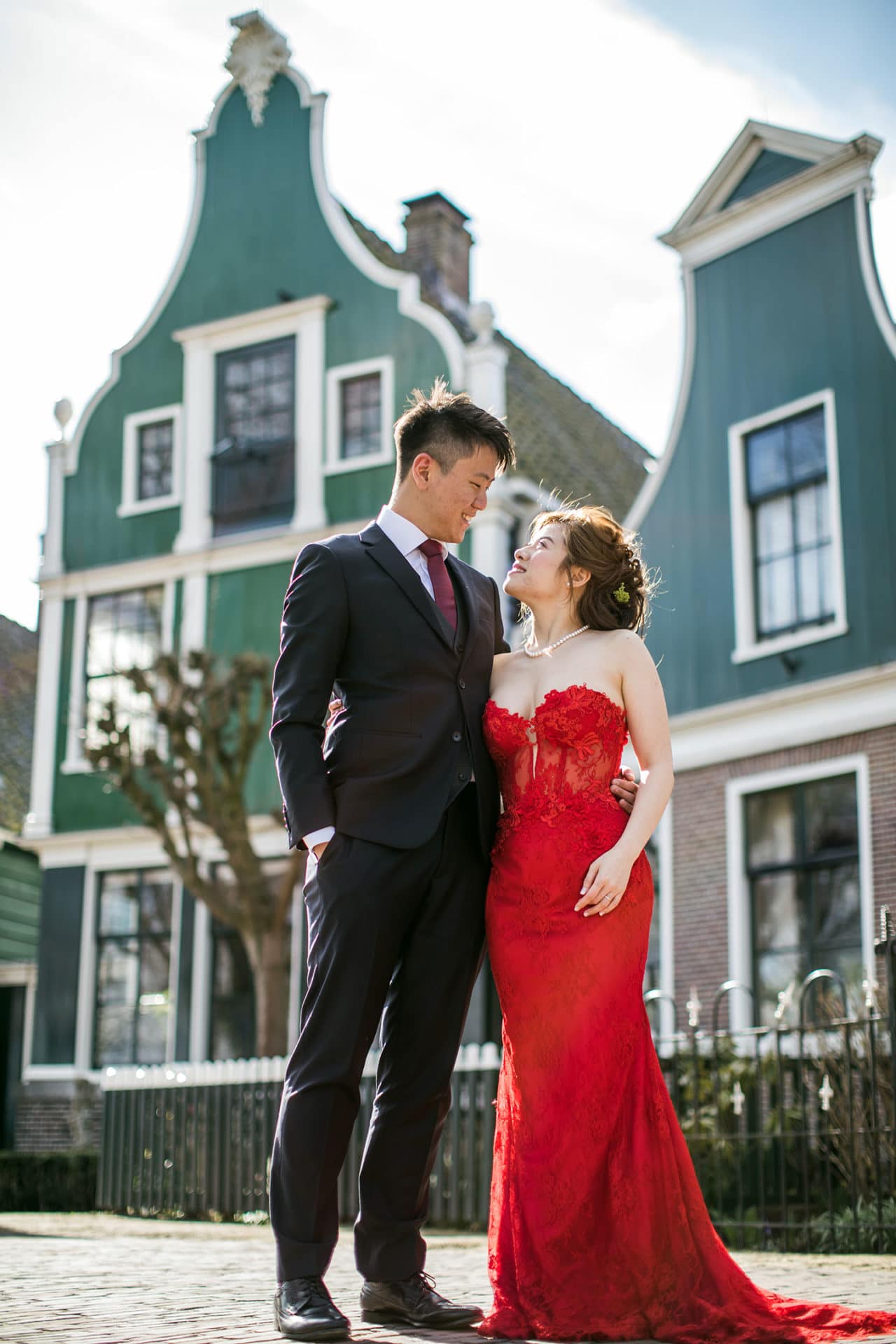 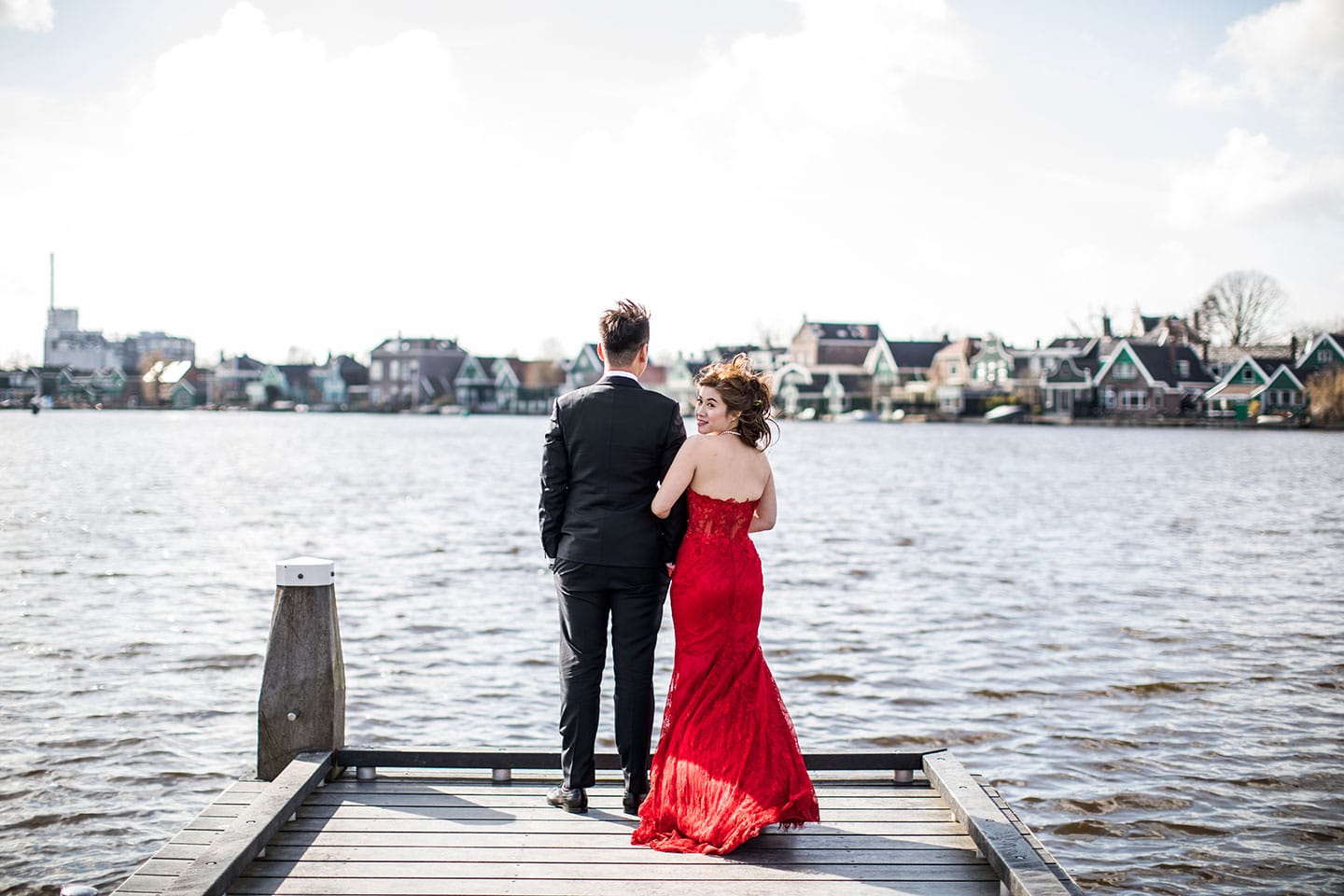 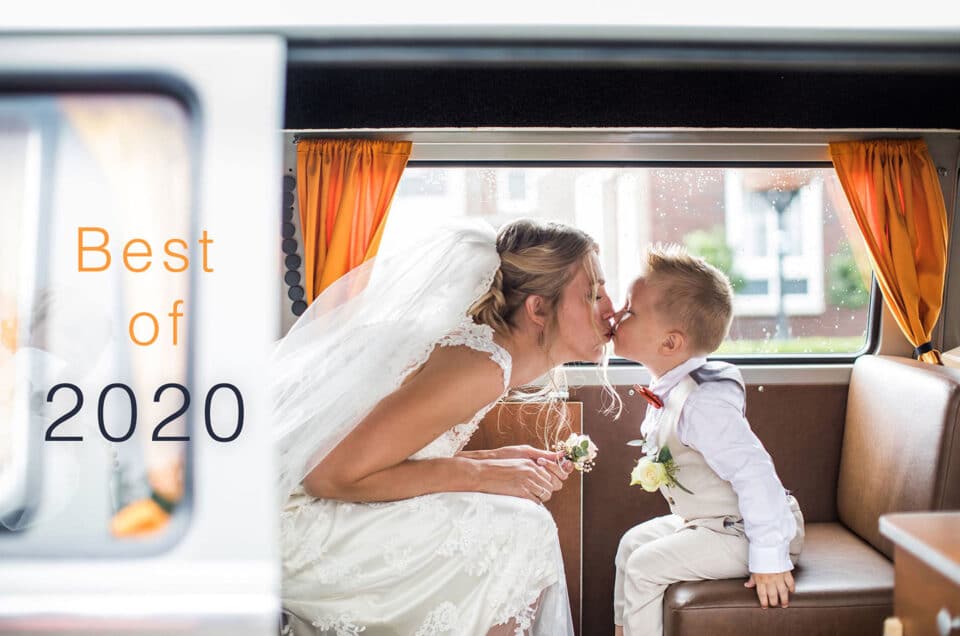 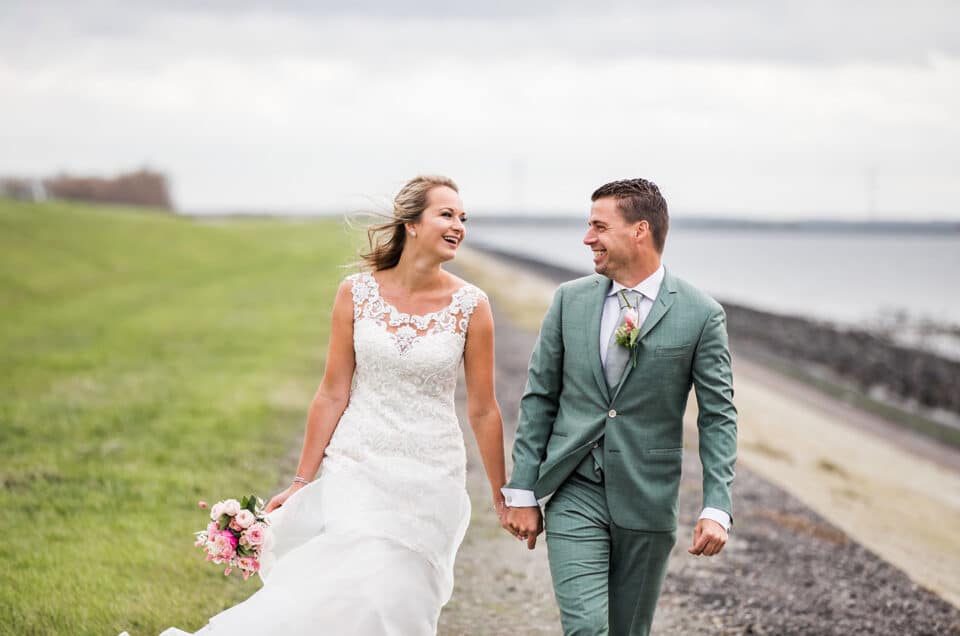 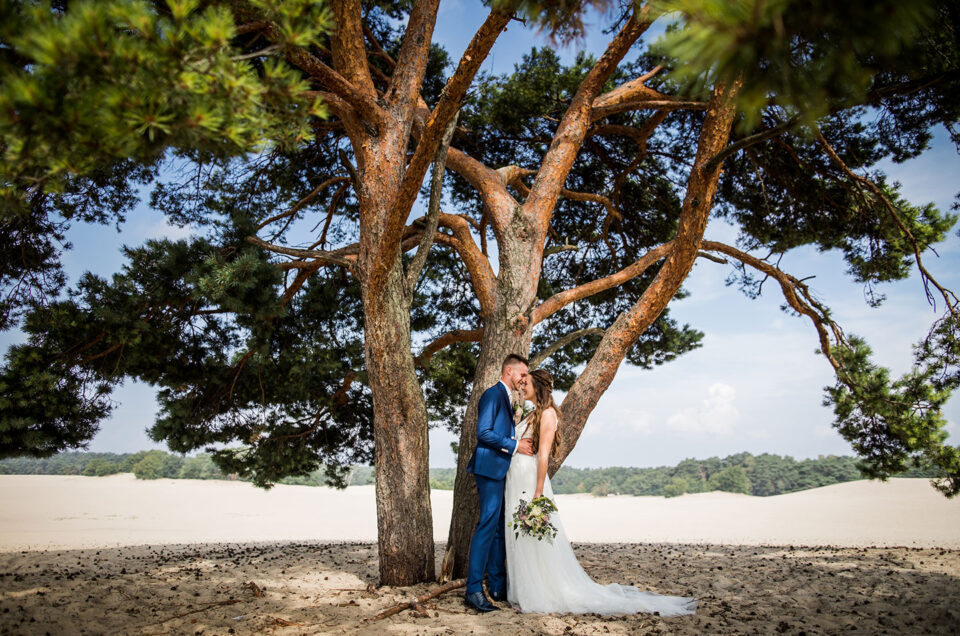